Both Democratic and Republican NC House incumbents have primaries on March 3. Some of these will not be serious contests -- maybe most of them. An * indicates a district worth watching for a possible incumbent ouster or winners suggesting a possible flip next November. I've accepted the electability ratings proposed by political scientist Michael Bitzer based on partisan registrations in the newly drawn General Assembly districts.

NOTE: NC Senate primaries will be profiled in a subsequent post. 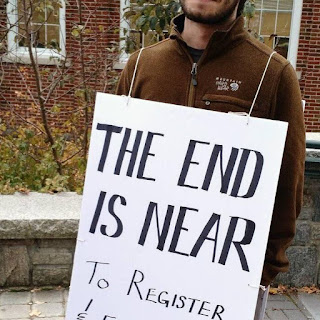 Dist. 15, Onslow -- Republican incumbent Phil Shepard must get by Mark Price in this "Likely Republican" district to face Democrat Carolyn Gomaa in November.

*Dist. 56, Orange -- Incumbent Democrat Verla Insko (1st elected in 1996) must get by Joe Parrish and then there's no Republican opponent for November.

*Dist. 66,Montgomery, Richmond, and Stanly-- Two Republicans -- Ben Moss and Joey Davis -- are battling to take on incumbent Democrat Scott Brewer (appointed to the seat in May 2019). Rated "Lean Republican."

Dist. 71, Forsyth -- Incumbent Democrat Evelyn Terry (1st elected 2012) must get by Kanika Brown to sail home with no Repub opponent in November.

*Dist. 83, Cabarrus and Rowan -- Bless his heart, incumbent Republican Larry Pitts (serving since 2011, when he was appointed to the Dist. 82 seat. After redistricting, was elected in Dist. 83). Pitts might pulverize fellow Republican Jay White before having a return match with Democrat Gail Young in Nov. She ran also in 2018. "Lean Republican."

*Dist. 119, Haywood, Jackson, and Swain -- Incumbent Democrat Joe Sam Queen (previously served in the House; reelected to the seat in 2018) must wait to see which Republican he'll face next November -- either Mike Clampitt (who previously also held the seat) and Ron Mau.