NC GOP to the Uninsured: We'll Screw You If We Can 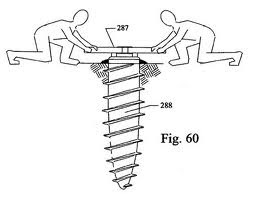 North Carolina has more than 1.6 million uninsured people, most of them in line to have access to health insurance under the federal Affordable Health Care Act. But the new Republican majority in the NC General Assembly is attempting to cut them off at the pass ... with a bill that attempts to block a provision requiring people to buy insurance beginning in 2014 or pay a penalty. It also would direct Attorney General Roy Cooper to join a lawsuit to challenge the law. The Republicans approved this bill through committee without hearing a single witness from the uninsured population. They also wouldn't take testimony from the Attorney General.

The issue of the individual mandate is now in the courts. Two judges have ruled it constitutional; two others, not. It'll land soon in the rumpus room of justices Roberts, Scalia, Alito, and Thomas, where it may be stomped to death and then incinerated.

Why are the Republicans in the NC General Assembly wasting time on this when it's clearly a matter now for adjudication?
Posted by J.W. Williamson at 2/01/2011 11:17:00 AM
Email ThisBlogThis!Share to TwitterShare to FacebookShare to Pinterest
Labels: health care, North Carolina Republican Party, U.S. Supreme Court

Why are the Republicans in the NC General Assembly wasting time on this when it's clearly a matter now for adjudication?

Because it should have been done already and it may take a while for the court to hear the case.

The Republicans deserve congratulations today, as they get their government-sponsored and tax-payer funded health care, while 30+ other million Americans are still waiting to get theirs.

PS: Where are the jobs they promised?

All Republicans are going to get taxpayer funded health care? Sweet! I may decide to join their party!

What do you think of this?

I was sure hoping for more affordable health insurance. But unless everyone is contributing to the pot that is not going to happen.

I believe there are certainly problems with the recently passed health insurance reform bill, but the Republicans are, quite frankly, assholes for pushing to repeal without offering what they would do to FIX THE OBVIOUS PROBLEMS with our current system. If they succeed in repealing the new law, we are going to be right back where we started with 50 million uninsured, the rest of us paying for their coverage, insurance companies that can push people off their plans once they get sick, no more pre-existing coverage, and no more option to keep your child on your policy through the better part of their 20's. We the people need to hold the Republicans responsible for putting in safeguards at a minimum before dumping the current law.

Anne, Do members of the democratic party not get the same health care and Republicans do ?

Democratic members of congress do get top quality tax payer subsidized health care.The Democratic party platform is that the rest of America deserves the same high-quality care. The Republican party platform is social Darwinism. They got theirs: if you don't have what they have, it's because you aren't good enough.

Why are the Democrats losing ground on social issues such as health care and the environment. I know that we need to drill domestically and that the health care law is clearly unconstitutional, but it seems like the Democrats could go about misleading the country in a sneakier fashion like they used to.