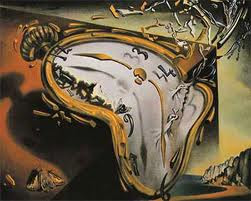 We've been trying to figure out the personality depths of our president, to understand why he's such a poor negotiator, and something that Nicholas Lemann just wrote in The New Republic is about as revealing as it gets. Lemann is reviewing, actually, the George W. Bush presidential memoir, and he begins by tossing off an observation about Barack Obama's books-on-tape reading of his own memoir, "Dreams From My Father":

...Obama’s uncanny gift for mimicry. Again and again he will encounter a character and deliver the material that appears within quotation marks on the printed page in the character’s voice. He can do men and women, old and young, foreign accents and street slang.

To pull this off requires not just vocal ability but an intensity of observation of other people—a quality of attention, of absorption—so fierce it’s as if one’s life depended on it. And there is a sense, in the case of Obama, in which his life did depend on it, sociologically and psychologically. He had to imagine his way into the center of American society from a very unusual point on the periphery, to invent an identity for himself that felt comfortable, to find a way to love parents whom one would more naturally resent for having been so often absent. There is no more vivid imitation in the book than the one of his father, whom he barely knew—big, lilting, funny, dominating, elusive. How hard Obama must have strained to drink in every drop of his father’s presence during the rare moments when he had it—but how little effort was required for him to figure out where his father ended and he began....

Don't want to go too far down the rabbit hole of armchair psychoanalysis, but I read that "straining" to mimic as an over-eagerness to please men perceived as powerful (though why Mitch McConnell, for example, would qualify is a pure-dee mystery!).
Posted by J.W. Williamson at 2/07/2011 10:33:00 AM
Email ThisBlogThis!Share to TwitterShare to FacebookShare to Pinterest
Labels: Barack Obama

It might also be a result of his career as community organizer. That position entails organizing "powerless" people and sucking up to powerful people to get money from them. So when he goes up against powerful people, all those old reflexes kick in.

Speaking as a community organizer myself, I don't suck up to powerful people. I fight them every inch.

Then you should run for president. You'd do a better job than The One, because that's obviously not how he operates.

Also, as fighter of powerful people, do you also fight against the tax money they pay into the system as well as the jobs they give to those less powerful?

Anon why do you need to feel so angry against those that have more then you. Is it envy or jealousy or just poor self esteem ? What is it that makes you fight every inch ?

GIG - Powerful people can be decent and unselfish, appreciative of how others have made their success possible, and dedicated to helping others achieve success and a decent life.
The ones we need to fight against are the robber baron/mafia types who see the world as dog-eat-dog, and are determined to be the top dog at all costs. These social darwinists are completely oblivious to the role that society, luck, and other people have played in their success. Their goal in life is to get and keep as much as they can for themselves. They can't see that the world they wish to create is ultimately destructive to them as well as everyone else.
I don't envy them. I pity their shallow vision and lack of empathy. But I too will join anonymous in fighting them and their vicious amoral values.

Anon, you answered the problem with your post very simply. If you have more then the ones you do not want to have more then others, just give yours away to the less able to make it for them selves. To the point where you no longer have anything. Then the balances will change .