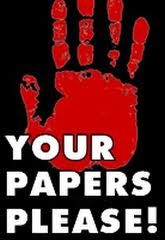 By an ASU College Voter:

First, a short story
Last May, Melanie Meentz, now 19, arrived as a freshman at her polling place at St. Mary's College in Indiana with her voter registration card for St. Joseph County (where St. Mary's is located), along with her school photo ID, social security card, and driver's license from Illinois, where she grew up. But under a 2005 Indiana law — upheld this April in a Supreme Court decision— she was refused a ballot because she did not have an in-state ID. And without so much as an explanation of her options, such as a provisional or absentee ballot, poll workers sent her home.

The Precedent of Symm v. U.S.
The US Supreme Court found in 1979 that all students have the right to vote where they attend college, but those who don’t want students voting often try to enact local or state laws that make it hard, if not impossible, to do so.

Currently, ASU students must present identification and proof of residence when they register to vote. Many students have driver's licenses issued in other counties or other states, and all of them have photo i.d.s issued by Appalachian State University. But if Republicans in the General Assembly get their way, none of that will suffice for the right to vote because it does not list a local address for the student.

It is already a felony to cast a fraudulent vote. Voter impersonation is extremely rare. Out of every 1,000,000 votes cast in North Carolina, only five were found to be fraudulent. A recent investigation by the State Bureau of Investigation into allegations of "massive voter fraud" in Forsyth County found exactly one case.

What's Happening in Raleigh
There is no big problem in North Carolina, yet the Republican majority in the NC General Assembly is now planning to pass a law requiring us to show a government-issued photo ID with a current Watauga County address on it every single time we vote.

Most of us don't have this type of ID. That goes for students registered as Republicans as well as those registered as Democrats and the many, many more who are registered as Unaffiliated. We are good citizens. We want to participate in our republic. If this law passes, we will be prevented from exercising that right without jumping through many unnecessary hoops, incurring expense as we go.

Here's what ASU students will have to do to exercise our right to vote in Boone and Watauga County if this bill passes:

**Where do you go to get this government-issued picture ID card in Watauga? From the DMV at Mutton Crossing on Bamboo Road. It’s a pretty good ways out, and once you get there, you will need to present your social security card or your birth certificate to get it. If you don’t have either of those, it’s no go for you.

This law will make it much harder for hundreds of thousands of honest citizens to vote, even if they are legally registered voters. In fact, 11 percent of the population doesn't even have the kind of identification that this bill would require. The studies show that the people who will be most disenfranchised by this new law are African-Americans, seniors, college students, people with disabilities and low-income citizens.

This bill works against the very thing that we are fighting for -- a higher level of engagement in government.

Why is the state legislature doing this? There is only one reason: they don’t want us to vote. They want to make it harder and harder for us to exercise our right to vote. They are singling us out. Many of us sat in the audience a few years ago when State Senate candidate David Blust announced that he didn't think students should have the right to vote. The NC General Assembly is on the verge of carrying out his fondest wish.

Much as local registrars in the South once used poll taxes and literacy tests to deny the vote to black citizens, our state legislators are now trying to intimidate us with a mix of legal bullying and added paperwork to prevent civic-minded young people from casting ballots. This is a civil rights issue.

Don’t let our elected officials use partisan politics to take away our rights! Take action now. Regardless of your party affiliation, we have to join together to stop this bill before it’s passed. Sign the petition to stop this bill, and stand up for your rights!

College students speak out in Raleigh.

Over 1 million NC citizens currently do not have the required photo i.d.

NC College students speak out about the proposed law.

Stop the erosion of voting rights in North Carolina.

Well, then, Brushfire, if this bill passes the taxpayers of NC will pay $20 million for not one damn thing.

Brushfire, yes. The estimate is over $20 million, but it's too low because the legislature will also be required to pay for the voters to acquire the social security cards/birth certificates that will be required to get the nondriver license. Since the state's Constitution requires that there be NO cost ("Free" is the word used) to the voter to vote, voters will also be able to charge for the cost involved in getting to a DMV to get the card.

The $20 million is JUST for the card itself. There are many more costs involved.