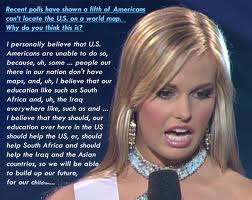 Morning Edition today profiled a new book, "Academically Adrift: Limited Learning on College Campuses," for which two authors followed 2,300 students at 24 universities over the course of four years to measure how much the students improved "in terms of critical thinking and writing skills, in addition to how much they studied and how many papers they wrote for their courses."

More than a third of students showed no improvement in critical thinking skills after four years at a university.

Some 35 percent of students reported studying five hours per week or less, and 50 percent said they didn't have a single course that required 20 pages of writing in their previous semester.

"One possible reason" for this decline looms large, though I wouldn't dismiss the influence of video immersion for American children and the decline in reading:

...one possible reason for a decline in academic rigor and, consequentially, in writing and reasoning skills, is that the principle evaluation of faculty performance comes from student evaluations at the end of the semester....

"There's a huge incentive set up in the system [for] asking students very little, grading them easily, entertaining them, and your course evaluations will be high" ....

Posted by J.W. Williamson at 2/09/2011 09:34:00 AM
Email ThisBlogThis!Share to TwitterShare to FacebookShare to Pinterest
Labels: higher education

This will be a problem for Liberals as most non thinkers become Conservatives.

Ignorance and inability to do critical thinking are a political plus for the conservative movement.

Most of the audience of Fox Network and Fear media are those with weak critical thinking skills.

Non critical thinkers are lead around with non issues of bigotry, scapegoats and bullshit buy the greedy billionaires

I noticed you didn't approve my comment on this thread even though you've approved other comments since I made that one. What lesson should I take from that?

a) You're okay with lefties launching unsupported accusations and gratuitous insults at conservatives but you're too thin-skinned to handle it when conservatives fire back?

b) I should quit being rational and mild-mannered (pointing out the many spelling mistakes in a comment that claims conservatives are ignorant) and revert to 3rd-grade level insults like your leftie commenters?

Wow, what insights from liberal pov - I stand in awe and amazed at your brilliance and critical thinking skills...and name calling and empty hateful rhetoric. Thank you for enlightening us ignorant conservatives. Next time we'll refer to you for insight since you are so wise. Of course, I'll have to double check anything I say or do with those "greedy billionaires" who allow me to speak and tell me what to think. Oh, and of course, I'll have to check with the Fox Network to see what I am allowed to say as well. Tell you what, you stand on your high horse and spout some more of your brilliance...and name calling...and we will soak it in. Would you like to know what I'll do with it then?

The conservative movement has created its own media with it own set of facts. The conservatives have created their own science to reset the age of the universe from 13+ billion years to approximately 6000 years.
Conservatives have created a new math that will pay down the National deficit with tax cuts on the wealthiest Americans.
Conservatives believe its a waste of time listening to an NPR program like Diane Rehm who will interview leading experts on a wide range of subject for 20 min. to an hour when Rush could give you his opinion in 15 seconds.

Conservative believe those single moms working at Hardees full time for $17,000 per year to be poor managers if the conservative math fails to work for their budgets.

Would one of you two conservatives show how a mother working at a fast food restaurant is to pay for her families housing, food, car, health insurance, utilities, and clothing?

Tell us about the conservative family values we hear so much about?

Liberal POV - Did you exhaust yourself from that bag of wind you wrote? Spewing that must have cost some brain cells - you okay there? Is that a vein popping out of your head? You must be watching Olbermann reruns - withdrawals?

You can Go back to beating up your pillow now - those rich billionaires who apparently own me have instructed me not to waste my time explaining - you don't have enough brain cells left to comprehend.