What They're All About 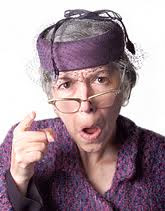 Because they haven't got a clue about improving the economy ... beyond giving all the money to the uber-rich and punishing public workers.

All the closet cases in the universe are pissed because the Obama administration said it thought the federal law denying recognition of gay married couples was unconstitutional. Which it is, because it singles out certain individuals for unequal treatment.

Notice the hilariously ironic thing that Jim Campbell of Alliance Defense Fund, a conservative legal group, said: "The ripple effect nationwide will be to galvanize supporters of marriage."

I'm told that the photo above is a likeness of Mr. Campbell, who clearly doesn't recognize irony when it leaps from his own mouth. "Supporters of marriage," who have been galvanized for some time, include thousands of gay couples who would like to solemnize their vows of love and enjoy the benefits (and demerits, ahem) thereto adhering.

The AP article linked above offered quotes from anti-gay activists in several states, but no one appears to have talked to NC Sen. Dan Soucek, who is a chief sponsor in our own state's General Assembly of a law to single out gay people for unequal treatment.
Posted by J.W. Williamson at 2/25/2011 09:04:00 AM
Email ThisBlogThis!Share to TwitterShare to FacebookShare to Pinterest
Labels: Dan Soucek, gay marriage, homophobia, Republican "brand"

Does Mr. Soucek even give interviews?