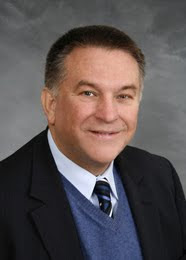 The NC GOP intends to do several baneful things to the citizens of this state (unnecessarily "card" them when they vote, deny abortion rights to women, unleash polluting industries from environmental laws), but one of the worst is the wholesale assault on public education. Raising the cap on charter schools is part of it; worse is NC House Republican Majority Leader Paul Stam's bill to give $2,500 in tax vouchers to any parents wanting to put their children into private schools. It would be a disastrous step toward privatizing education in North Carolina, the very opposite of what democracy promised from the age of Thomas Jefferson.

The public has shown itself (see below) lopsidedly opposed to vouchers for private schooling, so Rep. Stam told a crowd of his supporters to never ever use the word voucher when referring to his plan. (See the video of Stam uttering the words.)

Recent polling on the issue conducted by the North Carolina Association of Educators:

Do you think families of current private/home school students will take advantage of this voucher by enrolling their children in public school long enough to qualify for the voucher program?
Yes: 1,119 (80.2%)
No: 276 (19.8%)
Total: 1,395

That last question was asked, apparently, in RE the Republican promise to tackle jobs and jumpstarting the economy in North Carolina. Instead, they've driving every wedge they can lay their hands on.

It just makes me want to cry.
Thank goodness my kids are aging out of the public school system which has served them so well. If this continues I dread seeing what their children will be offered in the way of public education.
Education is the basis of knowledge which is the basis of everything. It is a right all Americans deserve. Yes, we are entitled to it. Our very freedom depends upon it. And what a shame for NC where we've been so proud of our public education system - to be leaders in it's demise. Shall we all crawl under a rock? NO, we should fight...hard! Anyone up for a Twitter protest? See: http://www.thenation.com/article/158282/how-build-progressive-tea-party?page=full

My mother, who was a Tarheel born and bred for generations, was so proud of North Carolina's liberal history with regard to its public education system. She had a great education in her small town school and went to Women's College where she was able to work her way through, with no debt, and get a world-class education. She would be so disappointed to see our proud tradition of public education dismantled by these radical kooks. She considered herself a fiscal conservative from the depression era, but always believed that investing in education is the only way to create a secure future.

Trouble is, these newly elected by disguised corporate money legislators have no shame.

This is a white-power religious right move.

Please wake up fellow residents. We are beyond the slippery slope, the landslide of idiot-racy is upon us.

Raising the cap on charter schools is part of it

Dude, get a clue. Charter schools are PUBLIC schools. In fact, they're "free public schools." As the local charter school found out, they are just as much under state government control as the other public schools in the county.

Got a novel idea reading the tea, why not invest in our community together instead of breaking it apart into little religious conclaves?

With faith so weak as to not embrace society, maybe the question is, what are you tea readers afraid of in public school, the devil?