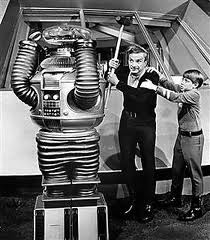 Yet the Art Pope noise machine and all the Art Pope groupies in the Republican Party continually harp on how horrible, truly horrible the 6.9 percent tax rate on corporations is.

Then here comes the Guv last night in her "State-of-the-State" address pandering to the GOP, saying that the 6.9 percent rate needs to be dropped to 4.9. The Guv was still wiping the Kool-Aid from her lips when all the GOPers in the General Assembly leapt to their feet in wild applause.

At a time when NC has a severe revenue problem, the Guv proposes letting corporations off the hook for another $261 million (at least). While also proposing to put "thousands and thousands" of state workers on the unemployment rolls.
Posted by J.W. Williamson at 2/15/2011 11:19:00 AM
Email ThisBlogThis!Share to TwitterShare to FacebookShare to Pinterest
Labels: Art Pope, Beverly Perdue, corporate power, North Carolina budget

Gov. Perdue is being very short-sighted. From Sunday's Charlotte Observer:

"Businesses consider a range of factors when deciding where to locate, including the quality of schools, roads and programs that rely on a certain level of public spending and regulation. And evidence suggests there is little correlation between a state's tax rate and its overall economic health."

Needs to do a seminar for the Democrats on how to develop a backbone and how to best communicate with Republicans.

Read David Coates, _Answering Back: Liberal Responses to Conservative Arguments_. It's good. A few months ago the author was interviewed on Charlotte Talks, the local talk show on WFAE (NPR station). BTW if you have not done so, pepper The Madam with emails supporting CPB/PBS/NPR. For the price of one fighter jet we can continue to enjoy public broadcasting to the end of the decade....

I enjoy NPR, I really do. I listen to NPR frequently, and I consider it a valuable resource.

Fire Vivian Schiller, renounce suppression of freedom of expression, and demonstrate tolerance for diversity, and you will keep your federal funding.

As long as Vivian Schiller, in my opinion the smug, closed-minded, fascist ideologue, retains the reins at NPR, their funding will remain in jeopardy.

You cannot suppress and ridicule the rights guaranteed by the country that funds your operation and expect to keep getting that money. Would you pay me to undermine and make light of your core principles?

I will not support federal funding for NPR until she is gone, and Juan Williams receives an offer to have his job back, including a formal apology. Period.

There may be plenty of politicians, mostly on the Right, who believe as Mike D. that because of a controversial, possibly even unfair, personnel action by a corporate head, that millions of people should be punished by ending NPR. It makes ideological sense, but nothing else to take this course.

If every corporate executive that ever made a mistake in who they hired or fired were themselves to be dismissed...well, where would all those Wall Street firms that invented CDOs be, or all those banksters that continue to screw up people's mortgage paperwork, etc.? And if every political leader who couldn't count the votes on legislation under his control were to resign....
PS I'm not saying Juan Williams is owed an apology. His recent million$+ contract with Fox shows where his true sentiments have always lain.