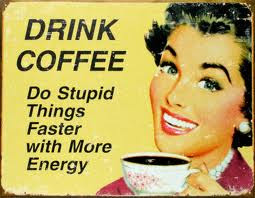 1. On Monday, while a massed demonstration of labor, civil rights and religious groups rallied in front of the General Assembly in Raleigh in favor of collective bargaining for North Carolina's public employees, a counter-protest of Teahadists and conservatives attempted to shout them down. "Randy Dye of Pittsboro, one of the counterprotesters, said the network of tea party and other conservative groups heard about the rally only 24 hours earlier, and didn't have enough time to mount a larger presence. 'We wanted to face off with them,' he said." (Raleigh N&O)

2. In debate Wednesday on the NC Senate floor over Senate Bill 8 (lifting the cap on charter schools), its main sponsor, Sen. Jerry Tillman (Montgomery and Randolph counties), revealed the depth of his lack of feeling for poor kids. When Sen. Josh Stein (Wake) asked Tillman about the problems created for some families because charters are not required to offer transportation nor free lunches for poor children, like all public schools, Tillman said the following: "It’s certainly okay if they don’t go there [the charter school]. They can go to their public schools. They can get their free and reduced price lunch. And they can do that. But the charter school itself and the commission must decide what they can do and when they can do it financially. And that’s where we are now and that’s where we’re gonna’ be and I’m certainly for that.” Let 'em eat chalk dust! (Laura Leslie)

3. Wisconsin Gov. Scott Walker, yesterday in Madison: "I take phone calls all the time. The bottom line is, the things I said are things I said publicly all along." Got it, Guv! Thanks.
Posted by J.W. Williamson at 2/24/2011 08:18:00 AM
Email ThisBlogThis!Share to TwitterShare to FacebookShare to Pinterest
Labels: Jerry Tillman, public education, Scott Walker, teabag protest, union activity