NC GOP Will Join This Stampede 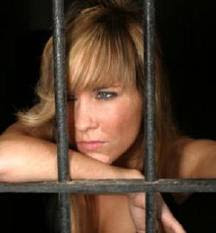 The war on the reproductive rights of women is not just being waged in the U.S. Congress. It's being ginned up in the states by new Republican majorities, whose fear of women's liberties has never been far beneath the surface of their legislative desires. These proposed new laws try to legislate morality, and they insult women by treating them like children. Worse, some of the laws appear to consider women like breeding stock that must be carefully monitored by the state (hattip: Think Progress):

OHIO: State GOP Rep. Lynn Wachtmann will unveil the so-called “Heartbeat Bill” today, the “first proposal of its kind” that “would prohibit women from ending pregnancies at the first detectable fetal heartbeat,” which can be heard “within 18 to 24 days of conception” and “in almost all cases by six weeks.”

TEXAS: This week, the Texas Senate will consider state Sen. Dan Patrick’s (R) anti-abortion measure mandating that “pregnant women be shown an ultrasound of the fetus at least two hours before an abortion.” Physicians would be required to show the fetus’ dimensions, presence of limbs or internal organs if applicable, and –if audible – the fetal heartbeat. Similar provisions failed in 2007 and 2009 but two weeks ago, Gov. Rick Perry (R) “fast-tracked the sonogram bill by declaring it an emergency item” to allow early consideration. The bill’s author, state Sen. Dan Patrick (R) says the emergency designation is legitimate because “we have 80,000 abortions in Texas every year” and the emotional pain caused by this bill will inevitably compel “one out of five women” to bring the baby to term.

ARIZONA: State GOP Rep. Steve Montenegro introduced two bills to criminalize abortions if they’re sought because of race or sex. The bill would slam doctors who “knowingly perform abortions for these reasons” with Class 3 felony charges. While neither Montenegro nor independent searches of state records provide support for his claims, Montenegro insists “that there are targeted communities that the abortion industry targets.” He even believes that “an abortion based on race would include situations where the parents are the same race as the fetus.” Arizona Department of Health Services does not collect information on fetus gender and only recently began asking about racial statistics. As of last week, Montenegro has yet to provide the “promised” statistics to support his bills.

FLORIDA: Ordained minister State Rep. Charles Van Zant (R-FL) recently introduced the Florida for Life Act, a bill that mimics Florida’s recent “fetal personhood” amendment which defines all human beings as persons “regardless of age, race, health function, condition of physical and/or mental dependency and/or disability.” The Florida for Life Act is “more overtly religious,” stating that “all life comes from the Creator and begins at conception.” The bill also states that the Supreme Court is unqualified to “determine, establish, or define the moral values” of Floridians and that the Constitution expresses no qualifications for states to “protect life in a manner consistent with the moral consensus of the people, and reflecting the peoples’ belief in a Creator.” The bill would not only prohibit induced abortions but would “punish abortion doctors as felons, should they violate the measures” of the bill.

IOWA: Two Iowa Republican representatives are opposing a bill seeking to prohibit abortions after 20 weeks because “it doesn’t go far enough.” Because she feels the bill “would codify deaths of babies from zero to 19 weeks,” State Rep. Kim Pearson is “not willing” to support this legislation and will instead introduce her own bill “that would define life as beginning at conception” and effectively “end all abortions in Iowa.” GOP state Sen. Randy Feenstra is trying to push the marker with a bill to restrict abortions after the 12th week of pregnancy. If all else fails, a resolution to amend the Iowa Constitution to “define a person as starting from a single-cell human embryo” is now pending in the Iowa House.

Posted by J.W. Williamson at 2/09/2011 11:10:00 AM
Email ThisBlogThis!Share to TwitterShare to FacebookShare to Pinterest
Labels: abortion rights, abuse of women

Eric Cantor (November 15, 2010): "We were elected because we intend to tackle the big problems facing our nation. Make no mistake, we are coming to Washington to rein in the deficit, to tear down barriers to job creation and to reform a government that has grown out of touch with the governed."

So I guess all these abortion bills (along with repealing the CFL Light Bulb rules) are the Republican Jobs Bills?

Anne makes an excellant point. Republicans are back to the same tired mantra of abortion, less government and less taxes. Will these guys ever get a clue on anything. How does attacking women's reproductive rights make for a more efficient government? It stands to reason there are more important topics we should be looking at. The repeal of healthcare is immiment, and even though repealing healthcare would be a plus for liberty, it is something we need to fight for. Another is the bloodshed in the middle east. When Bush was in office we saw body totals each day, and now we hear nothing. Same for the term "foreign aid". In a recession the Democrats never want to mention foreign aid for fear of losing votes. We have much work to do to hold our elected representatives accountable.

Plenty of openings available for back alley abortionists now. Coathanger anyone?

I sent The Madam an email about this issue and told her not to cut jobs in the health care industry by laws limiting the right of women to health-related abortions. Lock up doctors? Close clinics, with the related counselors, nurse assistants, whatever? Poor policy. Please, that's a loss of critically needed jobs. So far no response from her office.