You Get What You Asked For, South Carolina 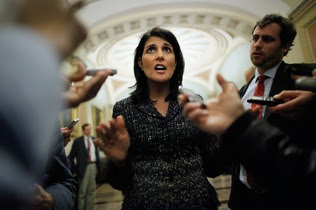 Thank you, once again, Supreme Court of the U.S., for Citizens United: "The large Reynolds American donation, and four others..., took advantage of a federal judge's September ruling that struck down campaign contribution limits on PACs and other third-party groups in South Carolina."
Posted by J.W. Williamson at 2/22/2011 10:23:00 AM
Email ThisBlogThis!Share to TwitterShare to FacebookShare to Pinterest
Labels: corporate power, Nikki Haley, South Carolina