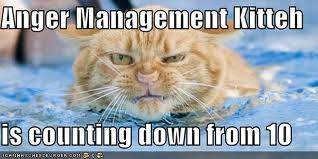 Shortly before 4 p.m. today, the House passed an extension of the Bush tax cuts for people making less than $250,000 on a vote of 234 - 188. Most Republicans voted against it (including Duchess Virginia Foxx), but Ron Paul (R of Texas) and Walter Jones (R of North Carolina) voted for it. Tea Partiers might like to cogitate on that during commercial breaks for the Glenn Beck Show. (And BTW, Heath Shuler, who had opposed Nancy Pelosi for leadership in the 112th Congress, also voted for it.)

'Course, we all know that while the Dems in the U.S. House were standing strong against giving the store away to the very rich, President Obama was busy behind the scenes trying to get them to cave, along with him and the effing Senate. to the effing rich-obsessed Republicans.
Posted by J.W. Williamson at 12/02/2010 05:22:00 PM
Email ThisBlogThis!Share to TwitterShare to FacebookShare to Pinterest
Labels: Heath Shuler, Nancy Pelosi, Ron Paul, Virginia Foxx, Walter Jones

maybe he is a masochist said...

It is not surprising Williams is one of the super minority that approve of Pelsoi. What is it now, five or six percent?

He is as typically out of touch about her as he is with anything else.

I also like Nancy Pelosi, Like Sarah Palin,Nancy has guts and a fighting spirit, but unlike the darling of the right-wing, Nancy also has brains and ethics.

Thank God the conservatives stopped the effort to tax the rich and redistribute wealth (socialism). We need to begin rewarding success, not failure.

Unemployment benefits ran out today, and I think this is a good thing. Instead of deadbeats doing nothing for a couple of years, they will be forced into a job market to compete with illegal aliens for jobs. This may be the tipping point - Americans out of work because illegal aliens are either taking their jobs or reducing the living wage to something laughable. The liberal left has been desperately trying to hide this fact with unemployment extensions, but their time is running out!! The Dream Act may be their last gasp. I was out on 421 near the roller skating rink last week and noticed about a dozen illegal aliens working hard in a Christmas Tree patch. It occurred to be that 20 years ago Watauga County residents would have been doing that work for a living wage. The same has happened for many other occupations in the US - Americans can no longer make a living wage due to illegal aliens who will work for nothing.

Change is a coming and its about time.

The sad state of affairs is the fact rich folks pay more than their fair share anyway, and now they are being asked to pay more? Let's hope we can hold off the fringe left in the lame duck and then get down to business. The fact the Presidency and Senate are still controlled by leftist Democrats is very, very bad for Obama in 2012. If the economy stays stagnant, it will be the Democrats fault. If something good happens, the new Republican leadership will take the credit. Yes, the Democrats are a pretty sad and desperate lot right now. A desperate politial body is a dangerous political body.

I agree with the social scientist, Popcorn.These "deadbeats" who have lost their jobs should be forced to go to Florida to compete with the illegals for the jobs in picking tomatoes. Then off to Nebraska to pick corn, then on to Ohio for the been season, then back to Boone for Xmas tree cutting. Let's teach these losers how to earn a buck!

Popcorn: The way you use the terms “socialism “ and “redistribution of wealth” betrays a profound ignorance of what wealth really means. In fact there is no such thing as wealth that does not involve redistribution. If you have 5 million dollars and you bury it in a hole, it is worthless until it is dug up and begins circulating in the economy again. Money in itself has no value. It only has value because we trust that it can be exchanged in the future for goods or services. It is the actual exchange that creates value. Economies are systems designed to redistribute wealth. Medieval economies were designed to distribute wealth from the peasants who produced it to the noble classes who lived in parasitic splendor off the sweat and blood of the serfs. The European monarchal systems of government were distinguished by a vast difference in wealth distribution where all the wealth and power was concentrated in the aristocracy.
The American experiment was to create a society without classes; a society where the wealth and power were distributed equally among all the citizens. The Constitution explicitly prohibits creation of a titled class of nobility and it specifically mandates congress to lay taxes in order “promote the general welfare” . Thomas Paine wrote an entire pamphlet entitled “Agrarian Justice” laying out his vision of a system of social security to be funded from the estates of the wealthy, who owe to the community what Paine called “ground rent”. The American system of economics was designed to redistribute wealth from the wealthy classes for the benefit of the middle classes and the poor. The founders consciously wanted to avert the terrible consequences of having power concentrated in an hereditary wealthy class. This is not socialism. This is what made our country great, and so much more vibrant than the stagnant European cultures at the time.
Socialism FYI is a system where the government owns and controls all the means of production eg the factories and businesses.

What do you consider a wage an American family with two children can live on, purchase a modest home, send their children to a state supported school, save a little for retirement and not receive any government assistances?

Why should the American taxpayer support greedy capitalist by subsiding low wages with food stamps, tax credits so the corporate profits and CEO income be the millions?

The Government should demand Capitalist pay working Americans a living wage they pay taxes on not receive food stamps and beg for health care.

Your oppressed conservative billionaires are the very ones sending jobs to Asia,suppressing wages and busting unions.

How can any one making $30,000 per year and pay 7.75% sales tax, gas tax, utility tax, Social Security, Medicare, supporting a family with transportation, shelter, and food get by without additional government help much less pay more taxes?

Did these people produce something? Did they pay their employees a living wage and still make this income? Did they send American jobs to China to have that income while fellow America found themselves unemployed?

What was the percent of total income that went to taxes?

See the chart below:

Remember theses are individual incomes not family incomes. In those last 12 columns you will find the people inflicting pain on American society not undocumented workers, food stamp recipients, working poor or the unemployed.

" Americans out of work because illegal aliens are either taking their jobs or reducing the living wage to something laughable. The liberal left has been desperately trying to hide this fact with unemployment extensions, but their time is running out!!"

Any of this below sound familiar?

"Dancing on the electric grid
By Per Fagereng
Picture this standard experiment in psychology: A group of rats are placed on an electric grid and the voltage is slowly increased. After a while the rats feel a burning tingle in their feet. The experimenters up the voltage some more, and watch the rats dance and bite each other.
The experimenters are seeking knowledge, and the rat's pain is presumably worth it. The experimenters don't blame the rats for fighting each other, or punish the more aggressive ones.
They know that individuals react to pain in different ways.
Now picture the economic terrain as a different kind of pain grid. Instead of electric shocks, the inhabitants experience job loss, higher prices, less pay, overwork, polluted neighborhoods and so on. Controlling the grid are not psychologists, but CEOs and bankers. Instead of knowledge, they are seeking profit. And so they up the pain, but not because they want to hurt people. They are really trying to up their profits, and the pain is a side effect.
After a while people on the grid do nasty things to each other, everything from domestic violence to immigrant-bashing to crime. Unlike the rats, the people get blamed for their misbehavior. We are told to point our fingers at the victims on the grid, instead of at the economic rulers who keep increasing the pain.
You'd think that the CEOs and bankers would ease up on the pain, but think again. They continue to demand more sacrifice from the poor, knowing full well how they'll react.
Would you call this a big conspiracy? Or the sum of many small conspiracies? Maybe it doesn't matter that much. I'm not a mind reader. The point is, the economic rulers pursue their profits and they know the consequences. So to that extent, they are choosing to inflict pain."

Liberal POV must really be unable to think for himself like they claim on the other site. He is copying his own posts. It seems he also had to copy it from somebody else even over there.

Do you think you could apply some logic and reason to address the issues of the post?

Censored was not the person that had to copy a post from somewhere else. How about making an original post that is on the subject of the thread?

Do you think you could apply some logic and reason to address the issues of the post?