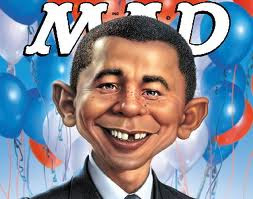 Among the 36 Republicans were theatrical deficit hawks, including Virginia Foxx, given a pass by their leadership (who had brokered the deal, after all) to vote against the bill because it was assured passage ... because so many Democrats caved in to their cave-prone president.

The price tag on just some of the goodies for the uber-rich that Tea Partiers' grandchildren will be paying interest on to the Chinese government:

● A lower estate tax for the next two years, allowing couples to pass estates as large as $10 million to heirs tax-free. The balance would be taxed at 35 percent. Cost: $68.1 billion.

The filthy rich that Fox News said were on feeding tubes prolonging the appearance of life because of inheritance taxes may now commence their death-bed leave-takings. The coast is clear.
Posted by J.W. Williamson at 12/17/2010 10:13:00 AM
Email ThisBlogThis!Share to TwitterShare to FacebookShare to Pinterest
Labels: Barack Obama, federal taxes, Virginia Foxx

JWW,
You didn't point out -- though I'm sure you meant to -- that V. Foxx voted against the tax bill for completely different reasons, because it extends unemployment benefits to all those lazy bums out there who were stupid enough not to be as rich as she is.

So...The Democrats that voted against this are heros....but Foxx was wrong because she voted against it for the reasons not approved by the Watch-Wackos?

How can she win with you guys?

And, it's only in Wacko world does NOT raising taxes on anybody translate into a giveaway to the rich.

How much do you suppose it costs the treasury to not confiscate ALL the money anyone makes that is over the poverty level?

Too bad you don't see the humor in what you post.....at least, I assume you are trying to be serious.

You are wrong again. said...

No Henery, the bill was not passed under the Constitution because it was started in the Senate. It was supposed to come from the House first.

I'm not sure I've ever been so disappointed.

was once anon said...

Buck up James. You can always calculate the tax it would have cost you had the bill not passed and then write a check for that amount to the government.

For most middle income American families, I think the number is around 4k.

People should be allowed to transfer estates tax free to heirs - there is absolutely nothing wrong with that. That money and assets has already been taxed and should not be taxed again. Whether someone is rich or not is not determined by annual income, but by a balance sheet. Some who never made more than $30,000 a year are millionaires. Just because someone makes over $350,000 does not mean they should pay more than what they already pay - in fact, 35% is way too high. But of course, in JWs small brain other people should pay for things simply because they make more money. That's utterly ridiculous. And the ridiculousness in this blog comes from someone who made his living off the state. Go figure. And now JW likes to spew hate against those who don't agree. What a joke.

Taxes - There are several reasons why an estate tax is very important to our democracy. Firstly, The essence of taxation is that the government gets a cut whenever money changes hands. The government prints the money, guarantees its value, and provides the stability that allows us to conduct our business and lives with confidence.
Secondly, when assets are inherited, their cost basis is bumped up for the heirs, so that if they sell, they are not required to pay capital gains tax. The Walton heirs inherit stocks worth billions, and the growth on those assets has never been taxed.
Third, and most important, an estate tax is important to prevent the accumulation of vast quantities of wealth that threaten our democracy. Children of wealthy families marry children of other wealth families. Those estates when combined carry enough power to buy elections and politicians and destroy our freedoms. That imbalance of money and power is what kept societies so unstable in the middle ages. Our founding fathers wanted to avoid an hereditary ruling class. The first advocate of an estate tax was Thomas Paine.

My question is this: Why is portraying Obama as The Joker, racist, but portraying him as Alfred E. Neumann isn't?

Taxes, you do realize that they're not paying 35% on the entire estate, right? There's a 5 million dollar exemption. Oh, those poor, poor rich people... how will they EVER make it on a measly 5 million? Sorry, I can't muster much sympathy for them.

Just Curious, the answer is that, in their own twisted minds, the left cannot possibly ever do anything wrong.

Bettywhite, you would have plenty of sympathy if the government was trying to steal $1,750,000.00 of the money your parents worked hard to leave you in their estate of five million. Entitlement babies that are bought and paid for by leftist politicians are the only people that like this tax.