Creepy Hypocrite of the Week 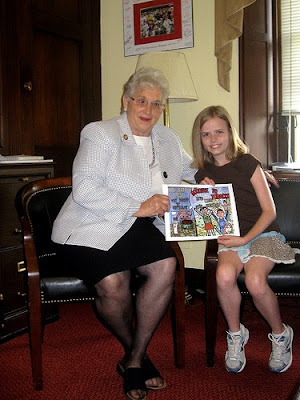 The Congresswoman did not confess something significant to you in that cold embrace and politically expedient posed photograph: she supports Big Tobacco.

Learn to spell h.y.p.o.c.r.i.t.e, Krysti. You're going to need that word, going forward in your life in the 5th Dist.

On April 8, 2009, Congresswoman Foxx told an audience of teenagers at North Surry High School that "Governmental attempts to regulate and tax tobacco are no different than if the government were to regulate and tax Mountain Dew," which we believe, Krysti, was pretty much an all-clear signal to those teenagers that smoking was just A-okay by her.
Posted by J.W. Williamson at 12/12/2010 11:58:00 AM
Email ThisBlogThis!Share to TwitterShare to FacebookShare to Pinterest
Labels: tobacco, Virginia Foxx