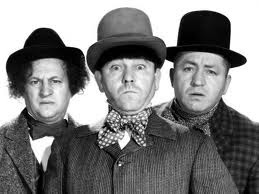 A young conservative turk in the NC Republican Party considers the three men who've declared their candidacies for chair of the state party, to replace Tom Fetzer in January, and assesses them thusly:

Robin Hayes ... the former congressman defeated in 2008 by Larry Kissell, who appears to have the backing of both Fetzer and other big wigs in the party: "No. A front for the establishment and some nebulous puppet masters no one is certain of."

Tim Johnson ... former Buncombe County party chair and a bit of a fictionalist, but he also happens to be one of a handful of active conservative black Republicans in the state. Sez our young turk: "...Maybe too driven. I like Johnson. They say he has been beating the pavement for the last two years as vice chair. I tell you what concerns me. He seems wayward. He was Buncombe chair and then moved to Durham when he became state vice chair. We Tar Heels pride ourselves on our homes and our heritage. At least we use to. I know more and more people like calling North Carolina home, but I am left to wonder why Johnson left Buncombe for Durham of all places if not solely for to further a political career."

Marcus Kindley ... a flame thrower and chair of the Guilford County party: "If I had a vote and was asked to cast it right now I would vote for Kindley. I would do so with many concerns because I have seen Kindley play the role of bull in a china shop."