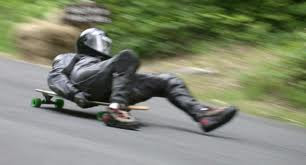 News hit this a.m. that the embattled Wake County school district has a new superintendent, former Brigadier General Anthony J. Tata. His hiring was apparently conducted under a cloak of secrecy by the 5-member Republican majority. The special meeting called yesterday to finalize the hiring was sprung on the Democratic minority with 48 hours notice.

Tata's background in education policy and performance seems thin. During the last phase of his time as a general with the military, he spent some time at the Broad Superintendents Academy, a Los Angeles nonprofit institute that trains former generals, CEOs, and others to lead large school systems. With that training under his belt, Tata joined the District of Columbia for an 18-month stint as an operations officer in charge of procurement and other mainly non-academic responsibilities.

A letter-writer in the N&O this a.m. suggested that if an ex-general can be trained to be a school administrator after only 10 months of "instruction," then perhaps ex-school teachers can be trained as generals in a similar period.

Tata's outspoken conservative political views might appear to be his chief attractions for the Republicans on the Wake County Board. Tata has appeared frequently on Fox News, writes political thrillers, and recently said of Sarah Palin after reading her book,

"The recurrent thought in my mind was that this woman is far more qualified to be president of the United States than the current occupant of the White House."

Whatever, Dude. If everything's going to hell, might as well take the rocket toboggan as the stairs.
Posted by J.W. Williamson at 12/24/2010 11:10:00 AM
Email ThisBlogThis!Share to TwitterShare to FacebookShare to Pinterest
Labels: Anthony J. Tata, Wake County Schools

Palin is a lightweight in the mental division. To qualify her for the Presidency speaks volumes about Tata's own judgemental abilities. I assum he misses Bush.

BikerBard is not correct. said...

I don't see why he misses Bush. GITMO is still open, we are still fighting both wars, moving toward amnesty for illegal aliens and increasing the size of government. Nothing has changed except the degree of spending.

ANYONE who considers Palin presidential material has a screw loose. And thinking we are worse off than with Bush - ridiculous!

I believe I do smell positive change in the air. Don't you??

Amazed at how naive the Bard is said...

And you think Bush would not have favored them? He was a big government politician too.