Choices in Our "No Choice" World 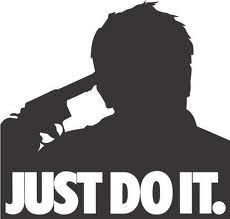 New Republican grandees in the General Assembly, and their willing followers out in the boonies, seem not at all resigned to making citizens of North Carolina suffer. They seem eager. What does it say about a political philosophy that is positively giddy about the prospects of "austerity," when that austerity will fall disproportionately onto the heads of the poor, the disabled, the homeless, the hungry?

We happened to drive by a downtown Raleigh park yesterday morning where that city's homeless were gathering for Xmas-Day handouts. At first we thought it must be some sort of rally, there were so many people. But no ... it was a stark visual manifestation of the world the Big Banks have already wrought so that a few thousand robber barons could get fatter. Our new Republican overlords in the General Assembly intend, evidently, to make things much much worse.

An excellent editorial in the Richmond County Daily Journal pretty much summed up the ridiculousness of these leaders -- along with Guv Perdue -- in saying they have "no choice" but to make more people suffer:

...It's all quite absurd of course, that somehow the hands of our policymakers are tightly tied and that raising new revenue next year to protect public education and lessen the severity of the budget cuts is a suggestion that is unfathomable.
The comments from [incoming House Minority Leader Paul] Stam and [Speaker-to-be Thom] Tillis are especially telling. Stam admitting that the Republican budget will be unpopular seems like an admission that people don't want their child's teacher fired or services cut off to a family member with a developmental disability or mental illness.

Tillis is openly saying that suffering won't matter to the new legislative leaders because there's no room to consider it in their narrow ideological agenda marked by no new tax pledges and all sorts of hyperbolic rhetorical claims about big government and state spending.

It's not clear where [Gov. Bev] Perdue's recent no choice pandering comes from, most likely bad advice from a political consultant urging her to sound more conservative to out-Republican the Republicans with an eye toward the 2012 election. It rarely works, but it has become the safe advice to give a Democrat struggling to find their way.

But Stam and Tillis and Perdue all know they actually have many choices before them as they prepare to tackle the state's massive budget crisis. They could extend the temporary taxes passed in 2009 that would raise $1.5 billion to protect teachers' jobs and keep programs in place that help at-risk kids.

They could reform the states antiquated tax system by expanding the sales tax to include more services. That would bring in more revenue even if rates stayed the same.

They could make multistate corporations pay the taxes they owe by changing the law that allows them to play a shell game with their profits to lower their tax bill.

They could raise excise taxes on alcohol and cigarettes.

Some of these approaches are better than others as tax policy goes. But they are choices and there are plenty more....