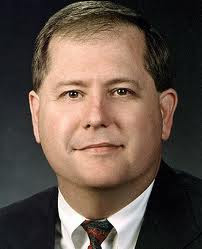 A little over a year ago, on Dec. 16, 2009, during debate on the Mecklenburg County Commission over proposed domestic partner benefits for LGBT county employees and their partners, Republican Commissioner Bill James leaned over to fellow Commissioner Vilma Leake and said, "Your son was a homo, really?"

Commissioner Leake had just made emotional comments about her own son who died of AIDS.

We assume, also, that he won't be attending the annual Conservative Political Action Conference (CPAC) convention, since that leading conservative group has invited the gay Republican group GOProud to participate.

What's becoming of the Republican Party and its confessed conservatives? Must Bill James fight this battle alone?
Posted by J.W. Williamson at 12/29/2010 11:31:00 AM
Email ThisBlogThis!Share to TwitterShare to FacebookShare to Pinterest
Labels: Bill James, homophobia, Mecklenburg County Commission, Richard Burr

I don't have statistics at my fingertips, but I'm pretty sure that a lot of gay couples are in that "B.A. education, comfortable income, non-black" demographic that is the TP's biggest constituency. So...

What will the political consequences be from Dick Cheney, of all people, coming out in support of gay marriage, and CPAC welcoming GOProud, and even more importantly, Rs becoming electorally dependent on libertarian-leaning TP votes? Especially when gays have seen how little committment Obama has shown to the gay cause.