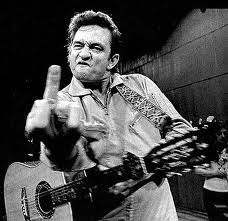 Headline in this a.m.'s NYTimes:

The article contains this particular factoid: in 16 cases before The Supremes for which the U.S. Chamber of Commerce filed briefs in support of one side, 13 of them were decided by a 5-4 majority in favor of big business interests.

One of those cases was Citizens United, which unleashed Art Pope and other corporate fat cats to buy any legislature they can personally afford.

That's only a foretaste of what The Supremes now seem poised to grant to big business. From the NYTimes research:

In a single week this month, the court heard arguments in a case brought by the [U.S.] chamber [of commerce] challenging an Arizona law that imposes penalties on companies that hire illegal workers, and it agreed to hear two cases that could reshape class-action and environmental law.

The chamber had urged the court to hear both cases. It said one of them, an enormous sex-discrimination class-action lawsuit against Wal-Mart, posed "grave risks for American business." It said the other, a suit by eight states against power companies over carbon dioxide emissions, "has potentially disastrous implications for the U.S. business community."

The court's docket is studded with other important business cases as well, including ones concerning consumer class-action suits and claims of employment discrimination and securities fraud. The chamber has filed supporting briefs in all of them. In AT&T Mobility v. Concepcion, for instance, the chamber urged the court to allow companies to use standard-form contracts that in essence forbid consumers who sign them from pursuing class-action suits. In Thompson v. North American Stainless, the chamber asked the court to forbid some employment discrimination claims, saying that "it costs, on average, over $120,000 just to defend a wrongful-discharge claim." Next month, the court will hear arguments in 11 cases. The chamber says it will file briefs in seven of them.

In other words, O my brethren, The Bottomline is king. Justice, fair treatment, and human rights are withering under the Roberts Court. What comes next? We know what comes next: because of the irresponsible and outright criminal behavior of the cowboys in the world banking system, the axe is about to fall on the middle and lower classes of society who will have to bear the burden of less (or actually, "none") so that the corporate kings can continue to live in the style they've created for themselves.

What has become abundantly clear is that President Obama has been captured by these business powers. His behavior in protecting the interests of Big Insurance companies during the health reform kabuki was fair warning. His complete cave on the Bush tax cuts was final proof. Add to that his decision after taking office that Bush domestic spying needed to be kept in place, and we have all the mechanisms poised to enforce the will of the rich elite and the means to squash dissent. Most of the big wigs in the national Democratic Party -- Democratic senators, we're looking particularly at you -- are also sell-outs who are absolutely terrified of being targeted for extinction. So they go along.

Which leaves us exactly where to turn? The guerrilla action of Wikileaks-type exposure of official secrets is beginning to look like our only resource in fighting the power.
Posted by J.W. Williamson at 12/19/2010 10:44:00 AM
Email ThisBlogThis!Share to TwitterShare to FacebookShare to Pinterest
Labels: Barack Obama, corporate power, Wikileaks