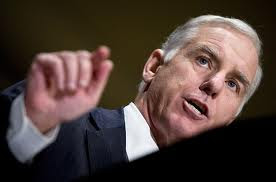 NOTED, WITH ALL DUE RESPECT No Sunday Morning GasBag Show thought Bernie Sanders particularly worthy of interview. However, Howard Dean, who has been noticeably quiet on the issue of the Obama tax deal, did come out today on Face the Nation. Excerpts via Sam Stein are copied below (full transcript will be available on the CBS website eventually).

Incidental Footnote Seeing the Big Dog standing there Friday on an emergency mission for the President, did not necessarily increase the president's stature nor persuasiveness. The appearance in fact threw the president's deficiencies under a brighter light.

Additional Footnote "The AARP thinks it's okay" (last graph below). The AARP just incidentally thought the Medicare drug add-on back in 2003 was just fine too. And so much for their concept of "deficit."

"This is a short-term Washington fix. It does nothing about this biggest long-term threat to America, which is the deficit. I don't hear Republicans or Democrats talking about the deficit. There is no pain in this agreement. This is the easy way out for everybody, much as everybody is complaining, hooting and hollering, this is an inside-the-Beltway fuss, and somebody needs to do something about the long-term problems to this country. It is not in this bill....

"The thing that bothers me about it is, we have yet to deal with the biggest problem that is facing this country, which is the size of the deficit, and nobody is doing anything about it.

"It is easy to promise everybody tax cuts all the time. You have got to make some cuts if you are going to do that....

"What piqued Dean in particular, however, was a provision in the 'framework' that provides a one-year, two-percent payroll tax holiday that, critics say, could end up siphoning money from the Social Security Trust Fund. The nation's largest senior-issues lobbying organization, the AARP, said it was comfortable with the provision -- confident that it won't be extended down the road."