Now You Know: Next October 21st Will Be All She Wrote! 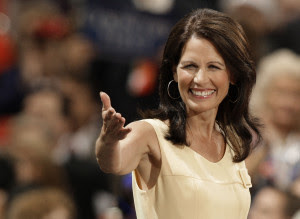 It took this woman in Raleigh painting up her white Subaru with the announcement that the end is very nigh -- and getting her picture in the paper -- that alerted us to the website where she's getting her information: WeCanKnow.com.

The Elect: One has to question the sounding of a "warning," when there's not one thing that any of you sinners can do about saving yourself, because this WeCanKnow bunch believes in absolute predestination. Which is to say, your sorry ass was either "elected" or "unelected" long before your father's sperm and your mother's egg got introduced to one another.

There's not a thing you can do about it. Except maybe make a spectacle of yourself by painting up your Subaru. And speculate, of course, about whether you're one of The Elect (how would you know? A special tingling in your leg while singing "Amazing Grace"?) and about who else might be among the elect. For example, would I have to sing in the heavenly choir for eternity next to Michele Bachmann?
Posted by J.W. Williamson at 12/20/2010 10:35:00 AM
Email ThisBlogThis!Share to TwitterShare to FacebookShare to Pinterest
Labels: Michelle Bachmann, religion and politics

It would have made more sense if she had been driving a Pinto.
My 40th wedding anniversary is May 29. Do I have to buy a present? Hell, I may not even have to remember it.
Watching and listening to these people makes life fun. It is a shame that they are allowed to drive, have children, vote and own property but what are you gonna do - it's America.

Shyster, your typical leftist elitist. A legend in his own mind.

BR RED,
You're an idiot.
The moron right has a disdain for people who can read and your god knows you can use a few.

This is America and people are free to believe whatever they choose. But, come May 21 and their rapture does not occur, will these folks have the good grace to admit they were wrong and thereafter STFU?

So I see that a leftist pig can leave a derogatory remark toward someone else, but a conservative cannot. JW, you are simply exposing yourself daily to be the true idiot you really are. No wonder ASU could not stand to have you around, and now much of the local democratic party. Since I know this will never be posted, you can just read it yourself.

Red States Rock,
Do you feel better now, having coughed up that little hairball of hate?

Shyster, I would venture to guess my education far overmasters yours.

As you are continuously incorrect about everything you post, thank you for the character reference.

BR Red: I doubt that and my opinion of you stands.

Michele is obviously getting her apocalyptic info from the wrong source. She would do better consulting a reputable and accurate religious authority.
http://www.landoverbaptist.org/