McHenry Wants to Investigate Why the Bush Admin. Didn't Bail Out Wachovia 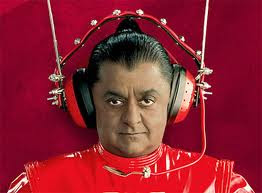 Congressional Oompa Loompa Patrick McHenry of the NC-10 has been appointed chair of a (self-) important Congressional subcommittee to investigate the government's bank bailout, which happened, O my brethren, during the last gasps of the Bush administration.

One of the top priorities for investigation, McHenry sez, is why the Bush administration did NOT bail out Wachovia too.

McHenry's not about to lift the scummy skirts on the Bush administration's decision to give all the money to the banks. No, he wants to know why in the hell they didn't give MORE money to the banks, particularly one located in Charlotte.

Another top priority for McHenry is to "re-examine" the Dodd-Frank financial regulation bill, which imposed strict new rules on the banks and which McHenry happily voted against. According to data compiled by the Center for Responsive Politics, two of McHenry's biggest donors are the political action committees of Bank of America and the American Bankers Association.
Evidently, this is what the Tea Party meant when they screamed about the bailouts -- give Wachovia some of that loot too and don't make the banks follows any rules.

I don't think of Little Patty McHenry as a TPer, am I wrong? He's been around a while, which I guess is what earned him enough seniority to get to head such an important committee in the House. The Madam doesn't qualify as a TPer either, IMHO, she's just against everything. BTW how did each of these GOPers vote on the Bank Bailout bill in 2008? And how many true TPers did the Banker lobbies give money to? Happy New Year, Jer, and keep up the good work.

Speaking as a TPer, I agree with brotherdoc that Mchenry isn't one of us, nor did we think he was.

But I think our moderator shares the view of many Democrats that since TPers tended to vote R, somehow that means that TP and R labels are totally interchangeable. This neat rhetorical trick allows them (him) to find the worst excesses of Rs in one direction (like McHenry) and say "look at those hypocritical TPers!" while simultaneously taking the worst excesses of the TPers and saying "look at how crazy the Rs are!"

A useful trick for scoring rhetorical points. For understanding politics, not so useful. To each their own.

I suspect the TP'ers just don't want to admit or accept the fact that they are riled up and used by the Rethugs, big-time.

TPers wipe GOPers' a** (sorry about that just could not resist!)

Can anyone point us to a Democrat who was endorsed by Tea Partiers??

McHenry turns my stomach. What a simpering little creep.

How come that guy gets away playing with teh gayz ... is the district totally made up of mindless morons?

Maybe the constituents in McHenry's district do not care if he is gay or not. It looks like they support him because of the issues and have no use for the bigotry that James seems to favor.

Over it, you may have something there--Barney Frank gets re-elected every two years in Massachusetts even though he's gay, and it's probably it's because the majority of voters there agree with his views on the issues. But there's a big difference, he's out to his constituents. Caldwell County NC is not Massachusetts. I think if the clueless majority biblethumper voters in his district ever were confronted with facts (preferably video) about Little Patty's apparently semi-closeted gay lifestyle, they would toss him out in a heartbeat, and not because of his political views. BTW he voted against repealing DADT. That may well represent the views of a majority of the voters in his district but in his own case DADT seems to be the accepted mode of operations.

this one asks hard questions so it will probaly be censored even though the questions are legitimate. said...

There is only one way for Brotherdoc to know for sure McHenry is gay. That would be if he had been his sexual partner. If this were the case, why would MchHenry's being gay matter to him?

Why does the man's sexual preference matter more to those that oppose him than those that reelect him?

If I had the resources I would conduct polls in two places: (1) in Massachusetts, asking voters, "Are you a socialist?" I doubt there are very many. In fact the only Socialist in Congress is Sen. Bernie Sanders of Vermont, which while it is close to Mass., is not the same. And (2) in McHenry's district asking, "If it could be demonstrated to you that your Rep. McH leads an active homosexual lifestyle while in Washington, would that make it more likely, or less likely, for you to vote for him in the next election, or would it have no effect on your vote?" My hypothesis is that a very large majority would be less inclined to vote for him. Personally I couldn't care less whether Patty plays with boys, girls, or just himself, I think it's hypocritical for a person to constantly knock gays, and to actively associate himself with and seek support from the anti-gay crowd, to be (at least on pretty good report from quite a few others, admittedly not my own personal experience) gay himself.