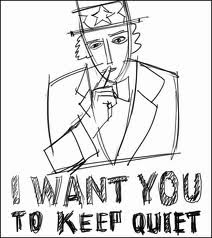 Congresswoman Virginia Foxx voted against the repeal of Don't Ask/Don't Tell, which passed the House yesterday 250-175. Several Republicans voted for the repeal, including David Dreier, soon to be the Republican chair of the Rules Committee (on which Madam Foxx is ever so pleased to be addressed as "Dr. Foxx"), and hyper-conservative Jeff Flake of Arizona. And Ron Paul.

NC Dems Congressman Mike McIntyre voted against the repeal, while Heath Shuler voted for it.

It's all up to the Senate now, where Reason goes to die.
Posted by J.W. Williamson at 12/16/2010 08:42:00 AM
Email ThisBlogThis!Share to TwitterShare to FacebookShare to Pinterest
Labels: Heath Shuler, homophobia, Mike McIntyre, Virginia Foxx

Even if Don't Ask is repealed the battle is not over. There are a number of provisions of the UCMJ (Uniform Code of Military Justice) that prohibit certain defined "acts." The UCMJ will need to be changed for gay and lesbian soldiers to both serve in uniform openly and live their lives.

Thank you for supporting the MAJORITY ....we are the ones that keep you in office.

Thank you from the bottom of my heart for favoring and upholding our decision to secede from the United States. Nine out of 10 voters in North Carolina believe, along with you, that black people should be slaves forever and ever. Amen.

Same was said about Obama said...

You lost, get over it.

Sorry, Same Was, I read Henery's post as a statement that in certain issues (First Amend., Civil Rights etc)the opinion of the majority don't mean squat.
A million mindless followers can be wrong. They can be just as wrong as one mindless follower.

Thanks, Shyster. You be right!

Shyster, if you really believed what you just posted, you would not be a nanny state liberal.

"The majority of combat personnel oppose this legislation. "

How about post the source of the little bit of misinformation?

You must also be a Fox News fann.

You Know, I believe every word of it. The First Amend. was written to protect the expression of unpopular opinions. Things said to appease the majority don't need protection.
If the voice of the mob was followed, schools and lunch counters would still be designated as white and "colored."
The law, in those cases, didn't give a damn what the majority said or thought.

Then I guess you oppose the fairness doctrine or Williamson censoring this site, Shyster? How about his refusal to let you call yourself anonymous if that is your desire?

But you are confusing election of public officials with evolving constitutional law.

You see, in this country, under our constitution, we ELECT our congressional reps.

And, by a 2 to 1 majority, the people of the fifth district have returned Virginia Foxx to congress AGAIN!

Of course the people don't know what they are doing - they should just let the Wackos Of Watauga Watch decide for them!

Keep it up Mrs Foxx! Maybe next time we can get you a 75% majority!

She won! (again!) Deal with it! Just be thankful Billie Kennedy isn't up there fumbling around trying to figure out what he is supposed to be doing!

Right after the Russian Revolution in 1917 the soldiers were allowed to vote on things, like who their officers should be. That of course was under--gasp!--communism. And it proved disastrous, the Germans soon whipped their butts, but that's not the point here. In our hierarchical military-industrial society, soldiers obey orders of their superiors. So does it matter that a majority of combat personnel don't want openly gay/lesbian soldiers to serve? Well, no. And the analogy is to Truman's integrating the forces in 1948: a far larger % of the troops didn't like having to shower, sleep in the same room, brush their teeth next to, or share foxholes with Negroes, but they did it and it had no effect on military efficiency. I'll wager this new level of integration will work out the same way. I guess it all depends on what level of "social experimentation" you want to see--grater inclusiveness or unconstitutional exclusion?

I seem to remember some polls of service members a couple of months ago that showed, with the exception of the Marines Corps, they either approved or didn't care whether gays were allowed to serve openly in the Armed Forces.

As for the UCMJ, I think fraternization is already forbidden for heterosexuals and that same standard would apply to homosexual conduct as well.

I Don't Believe, What Jerry does with this site is his business. We are his guests and will play by his rules. By the way, his rules have nothing to do with the 1st Amend.
As for his Nonny Mice ruling, I agree 100%. I argued a year ago that it should be done and stopped responding to Nonny Mice on any issue. On any given post we would have 5 Nonny Mice and it was impossible to tell who was posting and who was responding. This way, you know that I am responding to you and when you come back with the same name on this thread we will have a conversation. I have been "Shyster" for years and it has never caused a problem.

... she is on the wrong side of history on this one.

The fact is we are progressing as a society. And in 10, 25, 50, or 100 years, people will look back on the day when gay people could not openly serve in the military with shame.

Foxx Fann and Foxx herself will be among those who people then simply will not understand.

BRockBlue, I have seen those figures too and I think your comment was correct, but the majorities favoring repeal of, or being indifferent to, DADT apply to the overall military, not the combat units, where the opinion was much more closely divided. I was responding to the idea that somehow we should let the troops have the last word what should be done on the issue at all.

I think you are right about the survey BRBlue. But I believe that was a survey of servicemen which included support personnel and rear echelon types.

When the survey looks just at troops who are actually in combat related assignments, the numbers are quite different.

Not that it matters.

So in other words, Shyster is a fan of free speech only WHEN HE APPROVES OF IT.

Why is this not surprising? A lawyer with a double standard.

Fact of life, do you even understand what you wrote?

Shyster,
They hate being called stupid, these right-wingers who can't get enough of WatWatch, but there's really no other word for the fact that they can't read anything complicated and can't comprehend what they do read even if it's pretty simple and straight-forward.

One other thing: irony goes straight over their heads.

in your own words said...

Shyster, I certainly do. I called you a hypocrite, which you admitted you were.

In your own words, I have no idea what you are talking about but then, neither do you.

The sad thing is that Shyster is so hypocritical, he probably really doesn't see the double standard.

Truth, what double standard? Jerry's rules for this site have nothing to do with the 1st. Amend. If you don't understand that, go back and read the First Amend. It will be located first in the ammendments to the Constitution, also known as the Bill of Rights. If you have trouble finding it or understanding it I will help you.
It's his site and play by his rules or move on.

Sure, Shyster, sure. Just keep believing that.

Sorry about that, that would be amendments, not ammendments.