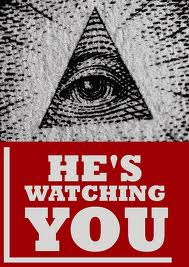 Madam Virginia Foxx was among 41 mostly Republican members of Congress who wrote President Obama a letter on Monday complaining that he had not used the word "God" nearly enough when he recently visited Indonesia. During that trip the president referred to "E Pluribus Unum" (out of many, one) as the nation's motto. The 41 Congressional Church Ladies (a.k.a., pious frauds) objected strenuously, maintaining that "In God We Trust" is the motto of the U.S., just proving that the president is actually a foreign-born subversive who wants to stab Jesus through the eye with a Muslim dagger. Or something like that.

Because you can never be "Christian" enough for Madam Foxx, who can't even decide whether she's actually a Baptist or a Roman Catholic, or perhaps both.

Incidentally, the only non-Republican Congressman signing this obnoxious letter was Mike McIntyre of NC's 7th Dist.
Posted by J.W. Williamson at 12/08/2010 08:51:00 AM
Email ThisBlogThis!Share to TwitterShare to FacebookShare to Pinterest
Labels: Mike McIntyre, religion and politics, Virginia Foxx

Good Grief. No wonder she has done nothing for the citizens of the fifth district. She is too busy wasting time on stupid irrelevancies. Hasn't she read the constitution? It clearly and specifically states "No religious test shall ever be required...." Hasn't she ever heard of Thomas Jefferson who said"I consider the government of the United States as interdicted by the Constitution from intermeddling with religious institutions, their doctrines, discipline, or exercises. This results not only from the provision that no law shall be made respecting the establishment or free exercise of religion, but from that also which reserves to the states the powers not delegated to the United States. Certainly, no power to prescribe any religious exercise or to assume authority in religious discipline has been delegated to the General Government. It must then rest with the states, as far as it can be in any human authority." --Thomas Jefferson to Samuel Miller, 1808. ME 11:428

Two out of thee voters in the fifth district disagree with you, Brushfire. You lost big. Get over it, as was said when the country made the worst mistake it every did when Obama was elected.

We can expect this kind of silliness for the next two years to divert attention from corporate welfare and incompetence.

I used to be anonymous said...


That's a pretty fair description of this blog!

They were probably writing him to try to help him out. He seems not to know that the motto of the United States of America is "In God We Trust".

Shouldn't a president know that? Even a Democrat president?

Geeze, you guys seem to pour over everything Congresswoman Foxx says or does looking for things to nit pick.

She represents this District in a way that most of us like...that's why she keeps getting elected and her margins increasing.

So what about the constitution? If you don't care about it now, don't cite it later to support your pet views. And the founding fathers did NOT use In God We Trust. The original motto was E.Pluribus Unum. but it seems that diversity, however much our founding fathers valued it, is no longer appreciated in the US. And you are right. V.Foxx was re-elected and she is supported by the majority in this district. And that speaks very poorly for us.

Yeah...those durned voters! If only you wackos could just select our representatives without all these messy elections and such!

There may be an opening in Pelosi's District. Want me to check for you?

"So what about the constitution?"

Not sure anyone can understand this point. Are you suggesting that the constitution prohibits Obama from correctly stating the Motto of the USA?

That's kind of a stretch, don't you think?

Why can't he get it right? It's been our motto for his entire lifetime.

You guys are pathetic. Go back to arguing about when Tom Delay was Speaker of the House...hahahahah

Actually, y'all are about right. According to Wikipedia, "E Pluribus Unum" is included on the Seal of the United States and was adopted by an Act of Congress in 1782. However, it was never codified by law, but was considered the de facto motto of the US until 1956 when Congress passed an act adopting "In God We Trust" as the official motto. I suspect very few people know this history, so confusion between these two is very understandable.

What really bothers me, though, are all the faux Christians around here who wear their religion around their necks like signboards but ignore the teachings of Jesus regarding compassion and caring for others, you know like loving one another (Leviticus, Proverbs, Luke, John, etc.)

Your life will be better if Obama gives lip service to your personal brand of religion because???

Your income will increase?

The wars will end?

It doesn't matter how many times you say "God". What matters is how you behave. Mathew 6:5 "And when you pray, do not be like the hypocrites, for they love to pray standing in the synagogues and on the street corners to be seen by men."
Conservatives are hypocrites.

My son went to London and brought back a 2 Pound coin. On one side it has (no surprise) the queen. On the obverse it has Darwin looking at an ape. You have to love a country that puts Darwin on its money. It makes more sense than "trusting" in a myth. Around the edge of the coin is engraved: On the Origin of Species.
It doesn't have an emotional ring to it, but it's a motto that leads you to a book that makes you think.

You need to explain yourself. said...

Liberal POV, when you talk about Obama giving lip service to religion, are you referring to his school records showing him to be Muslim and his claim of now being a Christian? Is it not possible he converted?

I think it's possible his mom listed his religion as whatever she thought best to get him into school while she was married to an Indonesian.

He was primarily raised by his grandmother....as a Christian.

Brushfire and others--not all conservatives are hypocrites, although it's true that as the Pharisees of Jesus's day, many like to put on a big show of piety. Conservatives are worried that America isn't #1 in the world in everything any more (military victories, production of stuff, health care, education test scores, the almighty dollar, etc., etc.) and they blame our leaders for turning away from God. Maybe rather they need to be reminded that God wants "a broken and contrite heart" and that "pride goeth before a fall." Just as the authorities refused to heed the OT prophets, so the rich and self-righteous are asking for God's wrath unless they repent and turn from persecuting the poor and needy, ask humbly for pardon, and work for peace and justice. What can I say? Go thou and do likewise.

Brotherdoc - What evidence supports the notion that God has anything to do with success or being first in health, education, economy, etc? The countries that are tops in those categories are the secular countries of Europe, Scandinavia, Japan. The most "priest-ridden" countries of Latin-America (for example) rank below America. Most religious countries

"No man complains of his neighbor for ill management of his affairs, for an error in sowing his land or marrying his daughter, for consuming his substance in taverns.... In all these he has liberty; but if he does not frequent the church, or then conform in ceremonies, there is an immediate uproar."
-- Thomas Jefferson, Notes on the State of Virginia, 1781-82

It is also possible that Obama claimed to change his religion to Christian to further his political career. That would be lip service wouldn't it, Opinionated and Liberal POV?

Not Jr - You would have been a perfect fit for the Spanish Inquisition -"Examining" people to make sure they were not secret heretics.