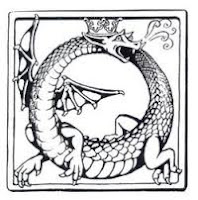 I saw in passing some headline this morning, "Business CEOs Will Take Obama to Woodshed Next Week" (okay, that's not an accurate memory, but that was my sense of it). I didn't take the time to go read all about it.

So I was delighted to find that a fellow blogger in Statesville had taken the time:

On Wednesday, Obama will be hosting a get together with 20 CEOs of the nation's largest multinationals where they will presumably be making their ransom demands. As seems to be usual, the President's counter demand is small.

The administration wants to persuade U.S. companies to unleash some of the $1.93 trillion in cash and other liquid assets they're hoarding in their treasuries. Cash as a share of total assets is at the highest level it's been in a half-century, the Federal Reserve said last week. Mr. Obama wants the nation's biggest companies to invest that money in expansion and new hires in the U.S.

Meanwhile, the ransom is high.

"Regulations have been a fault-line with business, so compromise on them would be a very welcome change," said Johanna Schneider, executive director of the Business Roundtable, composed of chief executives from the nation's biggest multinationals.

Compromise as a welcome change? For crying out loud, all Obama has done in two years is make concessions to this crowd, to the detriment of our nation's economic health and his own political fortunes. Needless to say, the CEOs are happy with the latest cave-in.

"The tax compromise and the Korea deal made a big difference -- there's a lot of respect, and the view that this could open the door to further compromises by the president and Congress," she said. Recent dire reports on the federal deficit also served to focus the executives on collaboration with Washington, Ms. Schneider said.

I don't expect us little people will get much out of it, with this as the meeting agenda.

Among the topics will be deficit reduction, an overhaul of the tax code, government regulation, export promotion, public-private investments in areas like technology and clean energy, and efforts to improve education and job skills, Ms. Psaki said. Sounds like they're planning to fray the social safety net of the working class again to me. And of course this is the root of the CEOs heart's desire.

The issues of health care and financial regulation continue to roil relations with business because the administration now is writing the regulations for implementing both laws. And fights could loom over reducing deficits and simplifying the tax code, with industries poised to protect a raft of subsidies and tax breaks.

Somehow, I'm not expecting those subsidies and tax breaks to be put on the table as a means to reduce the deficit at this meeting. But I'd be happy to be wrong.

Were you hoping to take and redistribute?