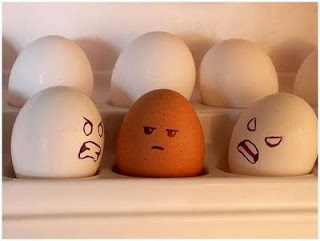 While maintaining that it did nothing wrong, a rural school district in Mississippi has agreed to pay a settlement of $35,000 to a gay student it told could not attend the senior prom with her girlfriend. The school later canceled the senior prom altogether to prevent The Gay from contaminating the punch.

If this whole episode wasn't already comical in the 21st Century, the continued insistence by school officials that they did nothing wrong, in light of their coughing up the damages, is HIGH-larious.
Posted by J.W. Williamson at 7/21/2010 09:22:00 AM
Email ThisBlogThis!Share to TwitterShare to FacebookShare to Pinterest
Labels: homophobia

Hopefully a hard lesson was learned by the school board in Missippi. This type of racism has no place in America, whether it be gay, black, white, male, female, etc... Eventually we can stamp out racism in America if we address all racism and not one particular group or regulation individually.

I understand there is a gay group called the Pink Pistols who are trying to expose the racist roots of gun control. Let's hope they have some traction in places like New York or Chicago where gun laws were adopted to restrict US citizen migrants (Irish and Italian)and blacks from owning guns. If all groups can come together under the umbrella of freedom and personal responsibility, we might finally oust corrupt, out of control, politicians like Foxx, Burr, and Obama.

As usual, Wacko Rico has presented us with a most ridiculous and uninformed post. Please look up "racism" in a dictionary. And to mention Foxx, Burr and Pres. Obama in the same sentence is ludicrous.

What is ridiculaous and uninformed? You never seem to be able to answer simple questions or explain yourself, but what can we expect from a cheerleader? So you disagree with me and think the Mississippi school board was correct in discriminating against a lesbian student. I sure don't!

This ought to be interesting.

Yea Mike, I know. It just pisses me off that our resident troll doesn even KNOW what racism means, and that he is referring to discrimation due to sexual orientation. Of that, Mississippi is most guilty. But it has NOTHING to do with RACE. And this moron continues to rant.

But you are right.
DNFTT

Bard, it seems you of all people, would appreciate Rico defending gays.

Rico's problem is that she is one of the few truly bipartisan people that post on this blog. It seems to distress you as much when she agrees with you about the worth of some candidates as it does when she disagrees. I find his funny.

You see, Mike, ALL of these posts are Rico and HE can't even use the word "racism" properly. Someone needs to tell the MORON boy-child that "race" and "sexual orientation" are two different things. One cannot refer to sexual discrimination as "racism."

That is, one with an education cannot.

Again, you should be grateful for those that support the gay life style, even if they used the incorrect term for the specific type of discrimination being discussed.

LOL! I find it so funny that ANYONE who disagrees with the wacks on this site is immediately attributed to yours truly. The writing styles are vastly different, and the Anonymous poster is more polite than I. Usually when I address you, I mention that you are a Cheerleader and reference your weight issues. Because what I say is based on personal experience with you, it is not name calling but a truth.

As for Mike D (ummy), he too recieves a truthful rendering of his place in society. You liberal socialist/communits are NEVER able to bring a counterview to the table are you? I support gay rights and I see discrimination against gays as the same thing as racism so I use the terms interchangeably. Beyond that minor point that is not even worth mentioning, I see you have nothing to say about discrimination in ALL its forms. This is because you are a racist and a bigot. If you were not then you either agree or refute what I say. Instead you resort to the liberal tactic of name calling and stereotyping.

I have been gay at periods of time in my life - I had a girlfriend for over a year and can appreciate different perspectives because I have lived them. Have you? If not, then I would hesitate to comment on that which you have no experience on.

Gun laws are just as racist as poll taxes or Jim Crow laws. The lesbian student in Mississippi was discriminated against and should have been awarded the $35,000. Why you and Mike D think otherwise is a mystery to me.

Nice justification after the fact. I use the terms "Rico" and "moron" interchangeably.

That's funny, I'm not Rico and use the terms moron, idiot and "windbag of gas" synonymous with bikerbard. Ironic.