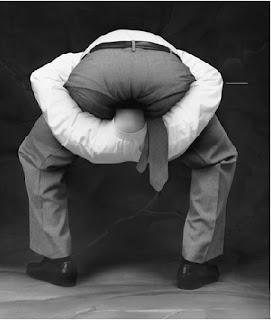 A letter posted on-line at the Watauga Democrat today from Tommy Adams ("We Need Leadership") makes this claim about half-way through about the BP oil disaster in the Gulf:

"The White House sees this crisis as a political opportunity and is committed to exploiting it for all its worth."

Excuse me? Who is trying to exploit this disaster as "a political opportunity"?

Could it be Tommy Adams, listed currently on the North Carolina Republican Party website as "Assistant Secretary" of the statewide GOP?

There seems to be a lot of LUV for this disaster from the likes of Rush Limbaugh, who suggested that maybe President Obama had the BP well blown-up deliberately; or from Texas Congressman Joe Barton, who said he was "ashamed" of the White House, lamenting that the Prez was "shaking down" BP; or from Congresswoman Michele Bachmann, who called the $20-billion compensation escrow fund agreed to by BP a "redistribution-of-wealth" socialist plot; or from failed Alaska governor Sarah Palin, who demanded that the feds call in the Dutch to build a dike; or from Republican Minority Leader in the House John Boehner, who first said that U.S. taxpayers should pay for the clean-up but retracted that in favor of saying that BP must pay all the costs but will not allow his Republican troops in the House to vote on lifting the federal liability cap.

And what would Republicans support so far as action goes, anyway? Effective regulation and oversight? Noooo. They hate government.

But they sure as hell are enjoying the benefits of this particular disaster. Hope it brings down this president, if possible, if the massive unemployment and their refusal to lift a hand to help the unemployed doesn't do it first.
Posted by J.W. Williamson at 7/06/2010 09:37:00 AM
Email ThisBlogThis!Share to TwitterShare to FacebookShare to Pinterest
Labels: North Carolina Republican Party, Republican "brand", Tommy Adams

Hussein Obama wants this disaster to be as bad as possible so he can disparage corporate America and further his socialist agenda. Can any of you liberal sheep tell me why Hussein Obama sent SWAT Teams to other oil rigs in the gulf right after the explosion? Also, why was that particular headline taken off the web within 8 hours of being posted? Hussein Obama plays golf instead of visiting the Gulf region. He waits 2 1/2 months before accepting skimmer ships from other nations. The disaster still hasn't been called a "disaster area" Where is the public mobilization to clean the spill? The liberal socialist sheep in this country wail and cry that this disaster is the worst we've known, but I don't see them volunteering to mop up oil. Liberal socialists helped earthquake victims in Haiti out more than they help our own citizens out. Guess it is up to conservatives to get the liberals out of the mess they have once again created. Good job!

Bard, just what relevant point were you trying to make? As usual, you can't seem to address the issue and instead just make a meaningless personal attack. Do you never have a coherent thought?

Of course Obama is using the oil spill as a political tool to pass Cap and Tax. He is not going to let a crisis go to waste. This is his administration's method of doing business. The question is did he manufacture the crisis as some have alleged.

I have heard both BP and Obama blamed. I have seen no proof of which claim is right.

Jesus Christ, there are some seriously stupid people here. Please use your power to make them stub their toes or something!

Here is something to go with his letter
Subject:
Retribution is less than 5 months away!
Take a look at this and just remember elections in November 2010.
1. U..S. House & Senate have voted themselves $4,700 and $5,300 raises.
2. They voted to NOT give you a S.S. Cost of living raise in 2010 and 2011.
3. Your Medicare premiums will go up $285.60 for the 2-years
4. You will not get the 3% COLA: $660/yr.
5. Your total 2-yr loss and cost is -$1,600 or -$3,200 for husband and wife.
6. Over these same 2-years each Congress person will get $10,000
7. Do you feel SCREWED?
8. Will they have your cost of drugs - doctor fees - local taxes - food, etc., decrease?
9. NO WAY.
Congress received a raise and has better health and retirement benefits than you or I.
 Why should they care about you?
 You never did anything about it in the past.
 You obviously are too stupid or don't care.
 Do you really think that Nancy, Harry, Chris, Charlie, Barney et al care about you?
Send the message to these individuals --- �YOU'RE FIRED!�
In 2010 you will have a chance to get rid of the sitting Congress: up to 1/3 of the Senate and 100% of the House!
Make sure you're still mad in November 2010 and remind their replacements not to screw-up.
It is ok to forward this to your sphere of influence if you are finally tired of the abuse. Maybe it's time for Amendment 28 to the Constitution..
"Congress shall make no law that applies to the citizens of the United States that does not apply equally to the Senators or Representatives, and Congress shall make no law that applies to the Senators or Representatives that does not apply equally to the citizens of the United States ."
Let's get this passed around, folks - these people in Washington have brought this upon themselves! It's time for retribution. Let's take back America .


Take it back? Are you sure where you live?......America has been gone for a long time since you republican fools screw it up many years ago.........

I am moving into Watauga County before the end of the summer.

As I worked on getting my Drivers license changed I registered as unaffiliated/independent.

Are independent voters allowed to vote in both, either or neither of the primaries as they take place?

I apologize for being off topic. Thanks for the reply.

To the Coward, Anonymous:

Jeez! Get a sense of humor.
(Maybe that is a photo of YOU?)

It will be good to have you in Watauga.

I am also unaffiliated/unregistered. I went to the Watauga County Courthouse to try to cast my vote for a friend's close family member, running as a Democrat in the primaries. Because of my lack of party affiliation, I was not allowed to participate.

I would have stuck around for the details, because it didn't seem right to me, but I was on my way to work and in a hurry.

Hope to see you around! Welcome to mountain paradise!

An unaffiliated voter can vote in either party’s primary. All that is required is for you to ask for the desired party’s ballet.

Mike D. seems to live in a world of his own troubles. I am registered "unaffiliated" as well and had no trouble voting in the May primary. Just tell the poll worker which party's ballot you want and you are good to go!

To the Hero in His Own Mind, BikerBard,I do have a sense of humor. The problem is you aren't funny. Pathetic, yes, but not funny.

I went to the courthouse and I was told that I would have to declare a party affiliation in order to vote in a party-specific primary. I would have argued it, but as I said, I was late for work.

Tell me, what does the "Blue" in B-Rock-Blue represent?

Do I live in world of my own? Definitely! But don't we all?

Anonymouse, it IS you!

Interesting. According to the coward Anonymous, the only folks in Congress who need to be fired are all Democrats. Wow! Isn't John McCain, Republican who approved George Bush's debacle running again? With no mention? Coward!

Wrong Bard. Mos incumbents need to be voted out.

What does your post have to do with the thread or with anything I said? Once again, your post is meaningless.

Does that make your super hero cape flutter?

The Coward, Anonymous, declines to answer my point by not naming 5 Rethug senators who need to be fired.

Or, start with the House.