Republicans in the Primary With Madison Cawthorn

My curiosity remains boundless, so how could I resist taking a look at the Republicans -- Republicans -- who have announced they'll be running in the new NC Congressional District 13, where Madison Cawthorn has also pitched his tent carpetbag. Would any of these have a chance of beating Cawthorn in the primary? 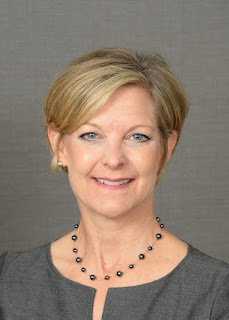 A former Mecklenburg County commissioner for four terms, who after a career as a health-care executive started her own consulting firm, the Bentley Consulting Group. "My career background is in healthcare sales and operations," she writes on Linked In. Her profile on Executive Women of Lake Norman lists an "impressive track record of sales success with a Fortune 100 [sic] pharmaceutical company, building and leading teams in the complex direct patient care healthcare space, and her exemplary record of serving her community through elected office."

She has no website (yet). But her Twitter feed fascinates me. Though she gives off a queen bee, country club Republican vibe, she shouts "FREEDOM" and "LIBERTY" like another Majorie Taylor Greene. (I now completely understand those words to mean "no masks, no vaccines" to any Republican candidate.) Without naming him, Bentley applied the term "political opportunist" to Cawthorn. She's apparently polling in the district to test her name recognition with the voters.

Here's a thing: She announced on Twitter on November 11th, just hours before Cawthorn surprised everyone with his jump to the 13th and while Tim Moore was still presumably the heir designate for the seat. So it says something about her willingness to take on power that she was actually in effect challenging the most powerful Republican in the NC House to a duel. But was it because she thinks he's too moderate?

I'm a little puzzled about this candidate's core political identity. There's no mention of Trump or stolen elections but there's also no human warmth anywhere in evidence. She filed her statement of candidacy with the FEC on Nov. 5th. 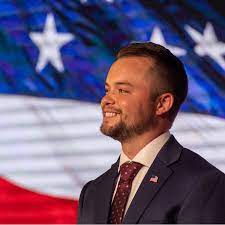 He's a very successful house-flipper "Charlotte real estate investor" and a graduate of Liberty University (degree in business marketing). He's on the far Christian right ("FAITH" and "FREEDOM"), and though he looks almost as young as Cawthorn, he's a bit older, with more real-world experience. Plus he's at least educated, as far as it went. His issues are an Easter basket full of the standard right wing zygotes: It's all "good versus evil" with one big new evil stalking our fragile white children -- Critical Race Theory. "Big Tech" is censoring us. "I'm gwine to Back the Blue!" Mask mandates bad, vaccine mandates bad, and I'll never again allow government to shut down our churches for a plague. Et cetera.

At his well-staged announcement rally, and without ever mentioning DJT by name, Lee deliberately invoked the presence of his other god Trump by declaring "the carnage stops here" (echoing the famous line from Trump's Inaugural) and proclaiming himself a soldier of "stop the steal." In the future we must enforce election integrity with a mandatory voter photo ID (because so many thousands impersonate other people at the polls every year? Is that what you're alleging?). In that same announcement video, he's downright creepy about women's bodies and how he's personally going to put a stop to abortions. "God has been preparing me!" Not only that, but God is according to him a full-on political partisan: We have a secret weapon the other side doesn't have, he declares: God's on our side!

More on the candidate at votetylerlee.com.

That "announcement rally" actually occurred last May, when so much subsequent drama had not yet happened. The 13th CD was at that time occupied by Ted Budd, who had announced that he'd be giving up the seat to run for the US Senate. The location of the new 13th wasn't known then, along with so much else. So Tyler Lee was planning to make a splash as "the future of the Republican Party" -- same label they pinned on Cawthorn -- but maybe have an open field to run in. Now Tyler Lee is going to look like a kind of copy-cat Madison Cawthorn -- same age, same political philosophy, same instinct to bully and take no prisoners. Good luck with that!

A security specialist who's worked evaluating physical site security in the nuclear industry and for Duke Energy for six years and currently has his own consulting business, Shield Group Initiatives. In 2012, Speer challenged unsuccessfully fellow Republican Renee Ellmers in the 2nd CD Republican primary. He got 29% of the vote to her 55%.

I can't find a website nor a Twitter account. He hasn't filed an intent to run yet with the FEC but the NewsAndObserver listed him as a candidate.

Several more Republicans have expressed an interest in running -- including another Cawthorn-lite, Bo Hines, who's been district-shopping for months. He 1st announced his intention of challenging Virginia Foxx in the 5th way back last January, then decided by May that with Ted Budd stepping down in the 13th to run for the Senate, maybe it would be a better Republican move to run for an open seat. Now his website says he's running in the 7th. Ballotpedia still lists him as once or future candidate in the 13th, along with a bunch of other Republican names. We'll see presently what shakes out.

The takedown of Cawthorn by none other than Dallas Woodhouse in today's Carolina Journal is must-read!
https://www.carolinajournal.com/opinion-article/madison-cawthorn-begins-campaign-in-new-district-by-insulting-voters/