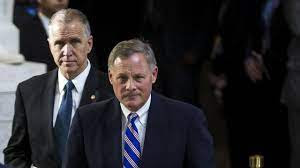 Late Friday night, Congress passed a massive infrastructure and jobs plan that's been in the works almost as long as Joe Biden has been president. Supported by both Sens. Thom Tillis and Richard Burr (and all five North Carolina congressional Democrats, but none of our state's Republicans in the House), the bill will bring $9 billion in federal investment to North Carolina over the next five years.

Here's what North Carolina will get, according to estimates from the White House:

$7.2 billion for highway programs + $457 million for bridge replacements and repairs (North Carolina has 1,460 bridges and more than 3,110 miles of highway in poor condition, per a 2020 Federal Highway Administration report)

$109 million to expand the state's electric vehicle charging network plus North Carolina can apply for some $2.5 billion in grants available in the bill for EV charging infrastructure

$100 million to provide broadband to more than 400,000 North Carolinians who lack access to broadband coverage. At least 1.1 million households in N.C. lack high speed internet access and most counties in the state have less than 65 percent broadband availability, according to the N&O.

Who Voted Against This Direct Help to North Carolina?

Both Madison Cawthorn and Virginia Foxx, those sterling representatives of "the people."