Who's the Biggest Wuss in the Universe? 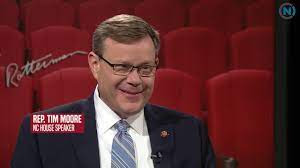 Madison Cawthorn had announced just hours earlier that he was going to talk over with his wife this weekend the plan to steal a custom-drawn congressional district from the man it was drawn for, and he'd have an announcement on Monday. But Cawthorn didn't wait. He announced last night that he was abandoning his 14th CD to run in the 13th CD, the territory carved out to satisfy the ambitions of NC House Speaker Tim Moore.
Cawthorn did not mention Moore by name, but he said he was worried about an “establishment” Republican prevailing in the 13th district if he did not run. “Knowing the political realities of the 13th district, I am afraid that another establishment, go-along to get-along Republican would prevail there. I will not let that happen.”

Brave guy! Throwing himself on that live grenade to save North Carolina from the Republican establishment.
Or make that "Republican lawn chair," because seconds later following Cawthorn's announcement, Tim Moore folded. And slunk away. Said running the NC House was plenty good enough for him.

But Who's the 2nd Biggest Wuss? 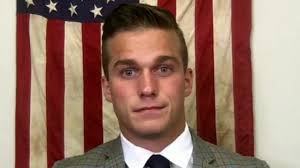 That would be Madison Cawthorn, whose old CD had become increasingly uncomfortable for him, especially with the addition of Watauga County to his district. He was facing a fierce Republican primary and an even fiercer general election next year. So he bailed and scared the liver out of an even more cowardly politician.

Former Republican House member Charles Jeter saw the obviousness of Cawthorn's opportunism and tweeted, "@RepCawthorn isn’t choosing to run in the 13 because he’s worried about the 'GOP establishment'. He’s running in 13 because it’s easier for him to win the general. This isn’t a noble effort. This is ambitious cowardice at its worst. He’s an embarrassment that we need to defeat."

Let's hear it for establishment Republicans who can still recognize a poltroon.

Posted by J.W. Williamson at 11/12/2021 09:18:00 AM
Email ThisBlogThis!Share to TwitterShare to FacebookShare to Pinterest
Labels: Madison Cawthorn, Tim Moore