Who Wants This on Our Supreme Court?

This sterling example of judicial temperament is running as a Republican in next year's North Carolina Supreme Court race ... Judge April Wood. She was just elected in 2020 to a seat on the NC Court of Appeals, the second highest court in the state.

Today, she's made herself infamous for associating herself with Lt. Guv Mark Robinson's recent bigoted rant in Winston-Salem. Here's Carolina Forward's poster on that unfortunate event: 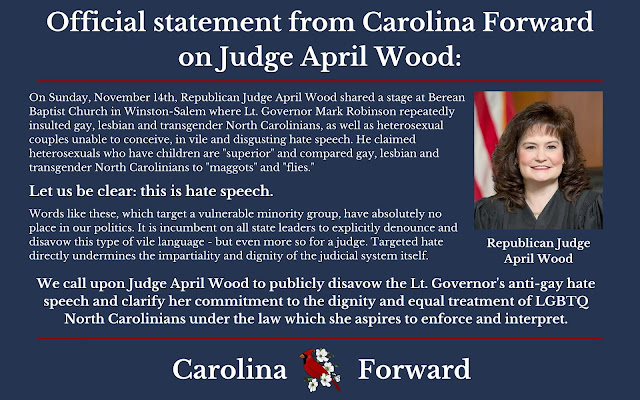 In what century would I want this person on our highest court? In no century, no way, no how.