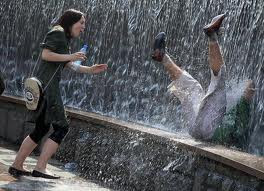 John Davis is a big-wig Republican strategist who has insider access to everything happening with the new Republican majority in Raleigh. His for-profit "Political Report" got to release a "first peek" at NC House and Senate district maps, which caused some trouble for the Republicans holding the maps out of reach from their Democratic brethren.

Davis sez this "could be a blessing in disguise," to keep all the new maps out of years-long litigation ... which would mean that the next election could be conducted under the old maps ... not something any right-thinking Republican would welcome.
Posted by J.W. Williamson at 7/14/2011 10:02:00 AM
Email ThisBlogThis!Share to TwitterShare to FacebookShare to Pinterest
Labels: G.K. Butterfield, John Davis, redistricting

Asheville needs to be removed out of District Eleven. Asheville has NOTHING in common with Bryson City, Marshall, or Murphy. Even the Democrats believe that to be the truth.

I am an unaffiliated voter, and I couldn't disagree more with the above commenter. Asheville is part of the mountains--geographically, economically, historically and culturally. It's absurd to remove Asheville from the 11th District, while leaving the rest of Buncombe County in, particularly when so many people work in Asheville but live out in the county or vice versa.

I disagree as well, SW. Besides, following that logic, Asheville doesn't have anything in common with Rutherford or Polk or Cleveland Counties, which are in the district it's being "moved" to. Asheville is the hub of the southwestern mountain region. It should be represented by the same congressman as the rest of that area.

I couldn't have said it better myself, SW. Anonymous has picked a few very small towns as if only they are representative of the 11th District. What about Hendersonville, Waynesville and Brevard?