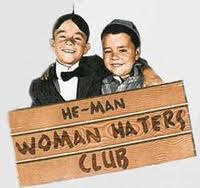 The Republicans in the new majority in the NC General Assembly are planning the elimination of strong women in the NC House. That is to say, Democratic strong women.

Minority Leader Joe Hackney has been drawn out of his District 54 and into the 56th with Democrat Verla Insko, another strong female legislator.

Gary Robertson of the AP also has some pretty meaty analysis of the new Gen'l Assembly maps: http://www.sgrtoday.com/categories/the-campaign-trail/887-proposed-nc-senate-districts-have-republican-tinge.html

Well, it's certainly past time Ross was fired.

I don't think it's fair to Alfalfa to show his picture in a column about people like Jordan.

Come on guys, we need to sit back and watch the John Edwards' trial. This way we will know exactly how the Democrat Party and all its corruption operates. There should be no wonder as to why the Democrats are whinning so much. Their power base has been shaken.