How to Make a Republican Big-Wig Happy: Increase Unemployment 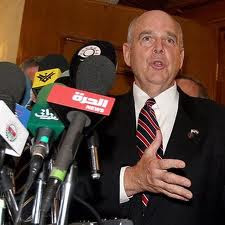 The North Carolina state Employment Security Commission announced that unemployment soared to 9.9% in June as community colleges, universities and other state government employers cut 7,600 workers -- the direct and measurable first impact of the new state budget enacted by the new Republican majority in the General Assembly. Accomplished despite the Governor's veto (thanks, again, Five Goobers!)

Meanwhile, confirmed millionaire and NC GOP Chair Robin Hayes sez that not only is he proud of this, but he's hoping for even more lay-offs. Which he will get, believe it.

Is it possible to tell the truth? Cuts in this budget begin July 1st not in June. The truth is important.

So now taxpayers are getting fewer services AND we'll be paying the laid-off workers unemployment. Brilliant. I still fail to see how putting more people out of work is helping our economy.

It's helping the Republican agenda which is to ensure the economy stinks so bad that President Obama gets the blame and Republicans get back into the executive branch.

With whom, brushfire, with whom? The rethuglicans have nothing, nothing...

"The increase, from 9.7 percent in May, reflects weak hiring as employers remain uncertain about the economic recovery.

And the state budget crunch also took a toll. There were 10,200 fewer government jobs in June, as the state, community colleges and universities eliminated positions."

Me-shell, ma belle, these are words that go together well, we love you we love you we loooove you, is what the GOPers say, if they would have their way,
she says the only words that they understand:
no tax hikes, no gay love, more tax cuts,
Oh what you mean to me,
Until you win, I'm sure you're in so let's understand:
Michele, go to hell, sont let mots qui vont tres bien ensemble....