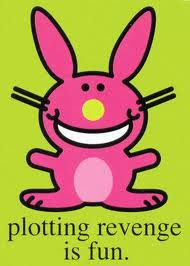 The spectacle of Democratic members of the NC House lying down with dogs in order to override a string of the governor's vetoes -- with one notable exception -- is now matched by the spectacle of a couple of those Democrats being evidently awarded by having their districts redrawn in a way that might save their sorry behinds in the next election.

The only possible bright spot in the whole Raleigh debacle is being provided by two Republican senators, both of whom are not promising at the moment to override the governor on the passage of the insulting and intrusive abortion restriction bill. If one of them caves, Perdue's veto will be overridden. At least one of the two, Sen. Stan Bingham, R-Davidson, is holding firm: "I really don't intend on changing my position," he said today. "I still feel strongly it's not a decision government should be involved in."

Republicans in Raleigh have provided the road map for setting this state back a generation and for worsening the environment and the economy, but it's been Democrats down there who've actually allowed them to do the worst of it ... and to weaken our governor in incalculable ways for 2012.

The anger in this state could spark a #FuckYouRaleigh movement to rival the #FuckYouWashington phenom.
Posted by J.W. Williamson at 7/27/2011 09:47:00 AM
Email ThisBlogThis!Share to TwitterShare to FacebookShare to Pinterest
Labels: abortion rights, Beverly Perdue, revolution in the U.S., Stan Bingham

Good for those Republican representatives who are actually sticking up for LESS government involvement in our personal lives! One reason I tend to vote Democrat instead of Republican is that I cannot stand the hypocrisy of calling for less government and then actively pushing for these measures. This and the marriage amendment I hear they may be putting through are prime examples.

The left believes in giving the government as much power as possible. Because it makes them believe they can think less, and leave it to those who know whats best for them to decide how to live their lives.

I like the libertarian thinking of the least amount of control of my life by the government the better.

Terms like "left" and "right" are up to a lot of interpretation. Most Libertarians I know don't consider themselves to be either. I lean Libertarian on social issues but less so in other areas and I've given up trying to give myself any one label.