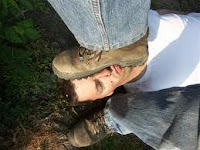 With up to 10 "Democrats" in the NC General Assembly performing repeatedly as willing handmaidens to the Republicans for overriding the governor's vetoes of corporatist and backward legislation, who knows what will happen when the Dark Overlords of the Universe attempt to override Beverly Perdue's veto of the Voter Suppression Act of 2011 later this week?

DemocracyNC has been leading much of the opposition to the photo ID law, and they make their final arguments today, and we're grateful:

Advocates for requiring voters to show a government photo ID are hitting a few more points in their closing arguments before a veto override vote expected this week. The arguments all fall short. First, they say, “Democrats in Rhode Island just adopted a photo ID law, why not do it here.” But the RI law is much different than the vetoed NC bill, H-351. Rhode Island’s photo requirement is phased in, becoming effective Jan. 1, 2014, and a photo ID from a private college is acceptable, not just from a public university as in H-351. Most important, a voter without an ID can fill out a provisional ballot and it will count if election officials later match the signature with the voter’s signature in the registration file. Unlike H-351, the voter need not return to the election office – a person’s signature at the polling place is enough.

Next ID advocates say, “The majority of states require voters to show an ID, and NC should, too.” Yes, 30 of the 50 states require some kind of ID, but even after the big push by GOP legislatures, only 7 states have a law as restrictive as H-351. Legislators in the other 43 states are just as concerned about fraud, but they recognize Big Government intimidation is not needed.

Another argument goes, “The vast majority of North Carolinians favor requiring an ID.” Yes, it’s popular and makes common sense until you consider all the facts. In the same poll (page 14), 10% of respondents said it would “decrease their ability to vote.” If just 2% were pushed aside, that’s well over 100,000 people penalized at a huge expense for no real increase in voter security.

Finally, we’re told, “Voter turnout in Georgia was not hurt by its strict photo ID requirement.” It’s tough to isolate what factors influence changes in voter turnout, but look at this evidence: In the five presidential elections (1988-2004) before 2008, the voter turnout rate in North Carolina exceeded the rate in Georgia by 3 to 5 percentage points. But in 2008, after Georgia adopted its ID law, our turnout rate was 6.6% higher – 61.3% of voting-age adults cast ballots compared to 54.7% in Georgia. Georgia is now 30% African American, compared to 22% in North Carolina, so you’d think Georgia would have experienced a bigger surge than NC with the Obama factor in 2008. But that didn’t happen. There was an increase over 2004, but it was tamped down by something. No doubt, some people would like a big turnout tamped down in NC in 2012. A 1.5% decrease in turnout among the 7.2 million adults in NC means 100,000 voters who would not have their voices heard.

Posted by J.W. Williamson at 7/26/2011 09:52:00 AM
Email ThisBlogThis!Share to TwitterShare to FacebookShare to Pinterest
Labels: voter suppression, voting rights