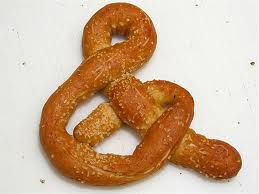 Jim Morrill in the Charlotte Observer uncovers a few of the delightful twists in the new Congressional districts tortured into balloon animals by the new Republican majority in the NC General Assembly:

● Every last person in Sampson County has been drawn into the 2nd Congressional District except for one person, 85-year-old Sallie Stocks, who lives off a country road near Duplin County. She alone would join the 3rd District, which stretches to the Outer Banks and the Virginia line.

● Most of Hickory's 40,000 people would be split between the 5th and 10th Districts. But 84 would move to an 11th District that stretches to the Georgia line.

● A third of North Carolina's 100 counties are split between two or more congressional districts.

● In the Rowan County town of East Spencer, five of its 1,500 people would move from the 12th District to the 8th.

There's of course a reason (unacknowledged) for all this pretzeling: more Democrats live in North Carolina's towns and cities, and their voting power must be dispersed and flummoxed by The Crowd who's running Raleigh now and who intends to control it until the memory of man runneth not to the contrary.
Posted by J.W. Williamson at 7/11/2011 08:30:00 AM
Email ThisBlogThis!Share to TwitterShare to FacebookShare to Pinterest
Labels: redistricting

their voting power must be dispersed

Moving one (1) person from 3rd to 2nd will be waaaay effective in dispersing Sampson County's voting power. And the citizens of Wendell were totally hosed--losing 0.05% of their voting power! And poor Nash--losing the same!!ZOMG!1!1


Seriously, this is all you got?

I think this is the bigger issue (from the same article):

"Every time a county and precinct is divided, election officials have to print separate ballots. Hickory's Judy Ivester, an independent voter, said it also can make it harder to get involved with political organizations or campaigns and mean less attention from elected officials.

"Why should (5th District U.S. Rep.) Virginia Foxx use up her time and her resources to help 15,000 people (in Hickory) when she can put it in someplace like Winston-Salem?" she said. "We used to be an important player."

Mind you, the 2nd complaint about where attention/resources go may always be an issue, but that doesn't affect the very real problem of printing numerous separate ballots, and more generally the issue of confusion over representation. That's why most people are made uncomfortable by the idea of having towns and cities divided up into so many different districts. Just try to imagine if Boone were split into 3 different districts; imagine how that would affect our voice in politics.

I would be in favor of putting Boone town limits in a district with Chapel Hill.

It is indeed another way to make sure voters are confused about who (theoretically) represents them and to keep them from being involved in the political process. Only those who can afford to buy elections are invited from now on.

And the expense of requiring a county to print 3, 4, or 5 versions of a ballot really ticks me off.

I would be in favor of everyone in the Boone town limits up and moving to Chapel Hill.

And the expense of requiring a county to print 3, 4, or 5 versions of a ballot really ticks me off.

Since you seem to be such an expert, how much is that expense, actually?

and after we move Boone to Chapel Hill, maybe we can move the whole mess to Berkley Calif?

If we move them all to Berkely, maybe the big quake will come and end a lot of problems.

Democrats or Republicans create the Gerrymanders they think will keep them elected.

Mr. Williamson, would you voice similar complaints if your people had drawn the districts?

Both parties do whatever the heck they want. Neither considers what is best for the people as a whole.

Either way, the folks in the middle get hosed. A plague on both your houses.