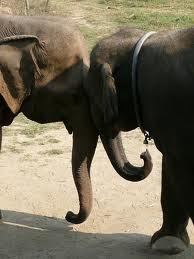 The newly drawn 13th Congressional Dist., its seat currently held by Democrat Brad Miller, is attracting a veritable smorgasbord of contemporary extremism, featuring (at the moment) both Vernon Robinson and Nathan Tabor, who have both announced their intentions to run for the seat.

Nathan Tabor's only issue is controlling what women do with their bodies.

Vernon's Robinson's extremism scares the bejesus out of many otherwise rational Republicans.

Both Tabor and Robinson ran against Virginia Foxx in the Republican primary of 2004. Robinson actually finished first, Foxx, second, forcing a run-off. Robinson consistently accused Foxx of being a crypto-lesbo-pinko feminist.

Tabor finished fifth in that primary.

Perhaps Tabor and Robinson can have a "stare-off" instead of a debate, seeing how long each could go without blinking.
Posted by J.W. Williamson at 7/07/2011 12:15:00 PM
Email ThisBlogThis!Share to TwitterShare to FacebookShare to Pinterest
Labels: Brad Miller, Nathan Tabor, Vernon Robinson, Virginia Foxx

Where were you at the redistricting
hearing in Boone? How come we did not hear from you?