Will This Come Up in the Debate Tomorrow? 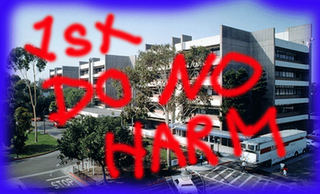 John McCain would pay for his health plan with major reductions to Medicare and Medicaid, a top aide said, in a move that independent analysts estimate could result in cuts of $1.3 trillion over 10 years to the government programs.

The Republican presidential nominee has said little about the proposed cuts, but they are needed to keep his health-care plan "budget neutral," as he has promised. The McCain campaign hasn't given a specific figure for the cuts, but didn't dispute the analysts' estimate.

This will be ever so popular, and we can't wait for Sarah Palin to explain it.
Posted by J.W. Williamson at 10/06/2008 06:31:00 PM
Email ThisBlogThis!Share to TwitterShare to FacebookShare to Pinterest
Labels: health care, John McCain