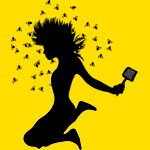 That desperate doofus Sarah Palin made her first "major policy address" this a.m., urging the federal government to fully fund the Individuals with Disabilities Education Act (IDEA) which would help the "early identification of a cognitive or other disorder, especially autism." Palin and her husband Todd have an autistic child.

If she had stopped at that, all would be well. But Palin cannot resist cheap-shot political attacks, even in "major policy addresses," so she also chose to mock the amount that Congress spends on earmarks and singled out one in particular: "Things like fruit fly research .... I kid you not."

Palin is blissfully unaware that scientific research with fruit flies has led to valuable discoveries that have boosted autism research, as a study at the University of North Carolina demonstrated last year:

[S]cientists at the University of North Carolina at Chapel Hill School of Medicine have shown that a protein called neurexin is required for ... nerve cell connections to form and function correctly.

The discovery, made in Drosophila fruit flies may lead to advances in understanding autism spectrum disorders, as recently, human neurexins have been identified as a genetic risk factor for autism.

I kid you not.

When your instinct is to attack attack attack, based on low information (always!), you certainly do end up wedged in our own narrow corners sometimes.
Posted by J.W. Williamson at 10/24/2008 10:53:00 AM
Email ThisBlogThis!Share to TwitterShare to FacebookShare to Pinterest
Labels: fruit flies, Sarah Palin