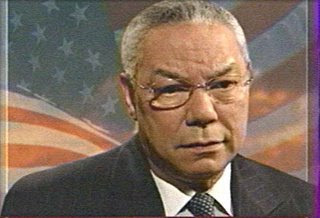 McCain didn't pass the test posed by his own vice presidential choice.

McCain didn't pass the test of broadening the Republican base, rather than embarking on a William Ayers-fueled witch-hunt that can only narrow the party:

"...I've also been disappointed, frankly, by some of the approaches that Senator McCain has taken recently – or his campaign has – on issues that are not really central to the problems that the American people are worried about. This Bill Ayers situation that's been going on for weeks became something of a central point of the campaign, but Mr. McCain says that he's a watchdog of terrorists. Then why do we keep talking about him? And why do we have these robocalls going on around the country, trying to suggest that because of this very, very limited relationship that Senator Obama has had with Mr. Ayers, somehow Mr. Obama is tainted. What they're trying to connect him to is some kind of terrorist feelings. And I think that's inappropriate...."