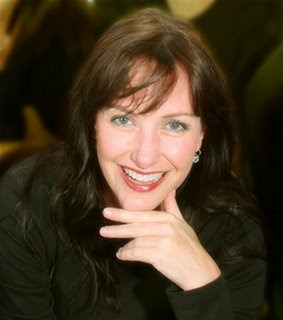 The late arch-conservative Barry Goldwater's granddaughter, C.C. Goldwater, has endorsed Barack Obama. Goldwater ran for president in 1964 against Lyndon Johnson and is credited by many for launching the rightward lurch of the Republican Party that eventually turned them into the party of Karl Rove.

C.C. says that she's not alone among her large Republican family in supporting Obama. Her siblings and several cousins will also be voting for Obama. Most of them live in McCain's home state of Arizona.

Among the other things C.C. writes about John McCain, she takes on his rigid anti-abortion position and the issue of same-sex marriage:

My grandfather (Paka) would never suggest denying a woman's right to choose. My grandmother co-founded Planned Parenthood in Arizona in the 1930's, a cause my grandfather supported. I'm not sure about how he would feel about marriage rights based on same-sex orientation. I think he would feel that love and respect for ones privacy is what matters most and not the intolerance and poor judgment displayed by McCain over the years.

Ouch. And then this:

...the Republican brand has been tarnished in a shameless effort to gain votes and appeal to the lowest emotion, fear. Nothing about McCain, except for maybe a uniform, compares to the same ideology of what Goldwater stood for as a politician. The McCain/Palin plan is to appear diverse and inclusive, using women and minorities to push an agenda that makes us all financially vulnerable, fearful, and less safe.