Here's an Idea: Let's Have Us a Witch-Hunt! 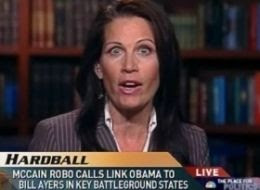 The Republican presidential campaign has taken a turn in the last month that makes me nostalgic for the 1960s in Texas. Formed in 1958 by an ex-candy maker, the John Birch Society believed fervently and spread the doctrine that its founder wrote, that "the traitors inside the U.S. government would betray the country's sovereignty to the United Nations for a collectivist New World Order managed by a one-world socialist government."

By 1960 I was a high school sophomore in a west Texas high school, scared to death of "the traitors inside the U.S. government" and convinced by Birch propaganda that some of my farmland teachers might be secret commies. When John Kennedy ran for president that year, I received pamphlets proving that he was actually the puppet of the Pope. Pope ... communists ... they were all the same to me ... foreign and dangerous for being unAmerican.

Later on in a west Texas Baptist college, I began to have thoughts myself that would have gotten me labeled "subversive" by the Birch society. On November 2, 1965, a man named Norman Morrison, a devout Quaker and father of three, used kerosene to burn himself to death outside the Pentagon as a protest against the Vietnam War. I was totally stunned by the TV news covering this horrific event and got myself to the library and read every national newspaper account I could get my hands on. Suddenly, what had seemed remote and beyond my control, took on a personal cost and real pain. I wrote an editorial in the college newspaper not so much praising Norman Morrison as wondering at the enormity of his personal sacrifice for principle, as though I (gulp) actually admired him.

A few months went by. One of my friends who worked part-time as a receptionist for a local dentist, who also happened to be a big commie-hunter for the Birch Society, pulled me aside and told me I should be worried because her boss had a file with my name on it, and inside the file was a clipping of my editorial. "These people are dangerous," she suggested.

I did worry. I was a junior in college, a very religiously conservative son of the soil who cared deeply what people thought. If they came and asked me, "Are you now or have you ever been a member of the Communist Party," I would of course answer no, but national experience had already taught me that in a country divided against itself, a denial was only taken as evidence of lying. The more you said you WEREN'T something, the more you obviously WERE.

We seem to have arrived at the 1960s again, led there by accusations of "palling around with terrorists" among other noxious insinuations. Behold the pattern as it has now gelled:

1. October 5, 2008, in Loudon County, Va., John McCain's brother Joe referred to Arlington and Alexandria in Northern Virginia as "communist country." He quickly apologized and called the remark a joke. At the time he said it, however, it was no joke, and he only apologized because the comment made it into the press.

2. On Oct. 16, 2008, vice presidential candidate Sarah Palin, at a private fundraiser in Greensboro, N.C., made a point of mentioning that she loved to visit the "pro-America" areas of the country, of which North Carolina is apparently one. "No word on which states she views as unpatriotic."

3. This last Friday night, Oct. 17, 2008, in an appearance on Hard Ball with Chris Matthews, Congresswoman Michelle Bachmann (R-Minn.) escalated the assault on Barack Obama's supposed lack of American-ness -- he in fact has, according to Bachmann, anti-American views and values, and furthermore the press corps needs to expose which members of the U.S. Congress may be unAmerican, and by the way, American college campuses are just chock-a-block full of professors who hate America. Here are the relevant exchanges between Bachmann and Matthews:

REP. BACHMANN: ...Most Americans, Chris, are wild about America, and they're very concerned to have a president who doesn't share those values.... Absolutely. I'm very concerned that he may have anti-American views. That's what the American people are concerned about. That's why they want to know what his answers are....

REP. BACHMANN: Well, I would say that people who hold anti- American views. I don't think it's geography. I think it's people who don't like America, who detest America. And on college campuses, a Ward Churchill, another college campus, a Bill Ayers, you find people who hate America. And unfortunately, some of these people have positions teaching in institutions of higher learning. But you'll find them in all walks of life all throughout America.... I think the people that Barack Obama has been associating with are anti-American, by and large, the people who are radical leftists. That's the real question about Barack Obama -- Saul Alinsky, one of his teachers, you might say, out of the Chicago area; Tony Rezko, who is an associate also.

MR. MATTHEWS: He's a leftist? I thought he was a business guy.

REP. BACHMANN: These are very concerning figures that are in Barack Obama's past.

MR. MATTHEWS: How many are anti-American in the Congress right now that you serve with?

REP. BACHMANN: You'd have to ask them, Chris. I'm focusing on Barack Obama and the people that he's been associating with. And I'm very worried about --

MR. MATTHEWS: But do you suspect that a lot of people you serve with --

REP. BACHMANN: -- their anti-American nature.... What I would say -- what I would say is that the news media should do a penetrating expose and take a look. I wish they would. I wish the American media would take a great look at the views of the people in Congress and find out, are they pro-America or anti-America? I think people would love to see an expose like that.

4. October 18, 2008, also on MSNBC, Nancy Pfotenhauer, a top aide to John McCain, argued that despite polling and all appearances to the contrary notwithstanding, her boss has a strong chance of winning Virginia because of his support in "real Virginia," that part of the downstate far removed in distance and political philosophy from the more liberal northern part of the state, what Joe McCain called the "communist" part.

Evidently, I have once again achieved the distinction of being a bad American, not a real American, an American who could safely be knocked to the ground at a Sarah Palin rally, while the knocker-down is applauded for his superior American-ness. (Judge for yourself the glee of those who were glad that Greensboro News & Record reporter Joe Killian got kicked down ... by some of the reader responses on that link.)

The McCain/Palin campaign can claim all it wants that it is not encouraging an atmosphere of fear and violence. The evidence speaks volumes.
Posted by J.W. Williamson at 10/19/2008 12:05:00 PM
Email ThisBlogThis!Share to TwitterShare to FacebookShare to Pinterest
Labels: Joe McCain, John Birch Society, John McCain, Michelle Bachmann, Nancy Pfotenhauer, Sarah Palin