We Get an E-Mail from Junior Johnson 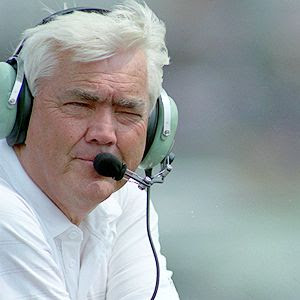 "My family and I have given this election a lot of thought," writes Junior in an e-mail received this a.m. He goes on:

Our country is in a rough spot, and we're going to need some serious change. There's only one candidate ready to deliver it -- and that's Barack Obama.

Every day I talk to someone else who's never voted for a Democrat, but now they're voting for Barack Obama. They realize that Barack understands what we're going through here in North Carolina. And they're ready for change.

So I've made up my mind, and I'm ready to get involved. I know that I could never have won a race without my pit crew, and I know Barack can't win this one without us.

When I talk to folks about why I support Barack, I just tell it like I see it.

There's been a lot thrown at him this election, and he's stayed calm, positive, and focused. I know a little something about how important it is to stay cool under pressure....

It goes on, but that's the gist. Extraordinary year that gets Junior Johnson out so publicly endorsing, first, Roy Carter for Congress and then Barack Obama for the White House.
Posted by J.W. Williamson at 10/27/2008 09:42:00 AM
Email ThisBlogThis!Share to TwitterShare to FacebookShare to Pinterest
Labels: Barack Obama, Junior Johnson, Roy Carter