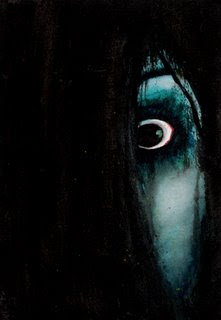 Sarah Palin was quite handy using her power as governor of Alaska in prosecuting a grudge against a former brother-in-law. She "unlawfully abused her power," according to an Alaska legislative panel's conclusion out this a.m. The panel is composed of ten Republican and four Democratic state legislators.

Apparently, she's also got a few similar ideas about how she'll run the U.S. Senate, according to what she told a third-grader, in answer to the question "What does the Vice President do?" "They're in charge of the U.S. Senate, so if they want to they can really get in there with the senators and make a lot of good policy changes...."

Well, no. The Constitution gives the Vice President the privilege of presiding over the Senate and casting a vote only in the case of a tie, but the Senate is run by the Majority Leader, armed with a rule book that would take a platoon of Jesuits to penetrate and understand.

Palin has other ideas. She seems to think that the federal government will yield to her magical power like the Alaskan state bureaucracy, or at least to the threats of violence posed by her hubby. (The report referenced above concluded that Todd Palin "has extraordinary access to the governor's office and her closest advisers. He used that access to try to get trooper Mike Wooten fired....")

At least, if she gets into that presiding chair in the U.S. Senate, she'll look ... well-dressed! Also in the news this a.m.: The Republican National Committee spent more than $150,000 "to clothe and accessorize" Palin, and that wouldn't be from Wal-Mart or Target, either, but from off the racks at Saks Fifth Avenue and Nieman Marcus and Bloomingdale's.

Nice duds, Governor! Way to demonstate how the GOP is conservative in managing its money!
Posted by J.W. Williamson at 10/22/2008 08:50:00 AM
Email ThisBlogThis!Share to TwitterShare to FacebookShare to Pinterest
Labels: National Republican Party, Sarah Palin, Todd Palin