Michigan to McCain: Don't Let the Door Hit Ya! 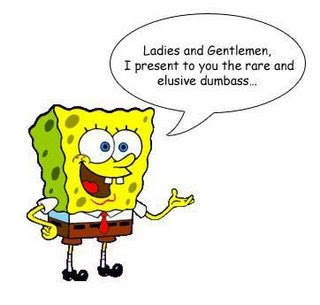 Apparently, leading lights in the Michigan Republican Party were among the last to learn that McCain/Palin was officially pulling its campaign out of the state.

Said Jack Waldvogel, Chairman of the Emmet County GOP: "If you are going to end visits to the state by McCain/Palin, do it. Just don't formally announce that you are 'pulling out' of Michigan, and then come back two days later asking the base core of support to 'keep working.' What a slap in the face to all the thousands of people who have been energized by the addition of Sarah Palin to the ticket. I've been involved in County Party politics and organization for 40 years, and this is the biggest dumbass stunt I have ever seen."

Waldvogel was finished: "He has given up on our State? What a total and complete crock of crap. Again, I think McCain owes the Republicans and the People of Michigan a HUGE APOLOGY. SOON!"
Posted by J.W. Williamson at 10/06/2008 02:13:00 PM
Email ThisBlogThis!Share to TwitterShare to FacebookShare to Pinterest
Labels: John McCain, Michigan Republicans