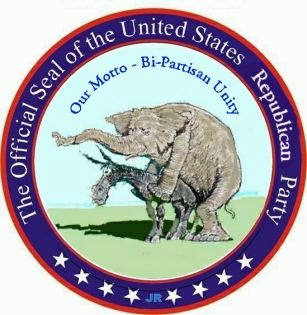 Even as Wachovia, the fourth-largest bank in the country, was announcing some $9 billion in losses and was cutting over 11,000 jobs and turning down most loan requests, it was also lending the National Republican Congressional Committee (NRCC) $8 million to try to save GOP gonads in the upcoming elections. Facing South has the details.

The timing of this Wachovia loan to the NRCC raises obvious questions. At the same time that Wachovia had cut off loans to some 1,000 colleges and while it was in the middle of "precarious and bitterly-contested buyout negotiations" involving federal guarantees to cover billions of $$ in losses ... it doles out money for partisan political activity.

This is an especially troubling loan because the NRCC has been wracked with scandal. It borrowed $9 million from Wachovia in 2006. It has been revealed that the NRCC's Treasurer, Christopher Ward, embezzled as much as $725,000 from the org. "Among other misdeeds, to cover up his tracks Ward and the NRCC submitted forged audit reports to Wachovia in 2006 to obtain their loan." Before the Ward embezzlement came to light, the NRCC had failed to conduct an independent audit of its activities since 2003.