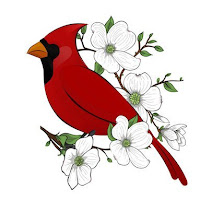 Blair Reeves, who was the visionary behind last year's Long Leaf Pine Slate, proved himself an adept at raising independent money for a slate of some 19 Democratic candidates running for the NC Senate and House. Reeves vetted those candidates and shared their stories with an expanding base of progressives.

Because of the Trump effect, only two of those 19 made it to the General Assembly. Blair Reeves is determined to do better. The fight is still very much in him. So he's rolled over his experiment in fundraising into a 501(c)4, "a progressive policy non-profit" he's calling Carolina Forward. Here's the new website, where you can also donate (which I just did).

In his announcement email this morning, Reeves writes:

Let us not mince words: the 2010s were a disaster for North Carolina families, schools, workers, its environment, and (especially) vulnerable communities. If we are to avoid a second decade of more of the same, we must expand, and redouble, our fight. Most importantly, we must change tactics. The same old, tired approaches and strategies and playbooks simply will no longer do. They are not working. It’s time for something different.

We need new ideas, as well as better ways to distribute them. We must develop a deeper bench of younger leaders across the state who understand that the old rules of the game have changed and that partisan politics have evolved. There is generational change happening all over our country, and it’s time that wave came to North Carolina politics. Carolina Forward will invest in these priorities so that when the next election cycle comes around, our dollars can go even further in winning hearts, minds, and most importantly, votes.

We saw in 2020 some outstanding young candidates emerge all over the state, and Reeves intends to nurture more of them, so we expect that Carolina Forward will be participating in candidate recruitment as much as candidate fundraising.

Thanks for this notice, J.W. I gave this morning and hope like hell they can be successful. We've gotta push hard.