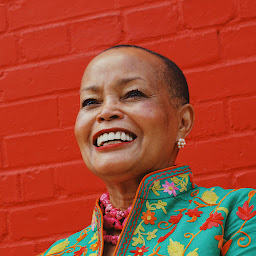 I warned you guys back on August 2nd that you should pay attention to Democrat Joyce Elliott, running for Congress in the 2nd Congressional District of Arkansas. Arkansas. Elliott is one of those dynamic new Black women running for office all across the land, and new polling puts her essentially even right now with the Republican incumbent, French Hill.

“The congressional race is thoroughly tethered to the presidential race in the current polling with all the geographic, demographic, and political patterns from the presidential race essentially replicated. Thus, while the presidential race is a referendum on Trump, the congressional race — in which Hill has not attempted to separate himself from the top of the ticket — is driven by nationalized patterns. Elliott’s campaign has emphasized her public education credentials, including 30 years as a teacher, which serves her particularly well in suburbanized communities where public schools serve as the glue for communities like Conway, Bryant, and Benton.

“Elliott does run just behind Biden in Pulaski County [Little Rock] and needs to close that gap to maximize her vote in the largest county. She does also underperform slightly with younger voters (who are more likely to be undecided) and college-educated voters. Otherwise, the Biden and Elliott coalitions look very much alike.

“With Elliott showing solid fundraising success, all signs point to a very close race in the district before early voting begins. Elliott relies upon Biden maintaining his strong position in the district. Hill either needs Trump to rejuvenate his standing nationally or he must figure out how to subtly separate himself from the President without alienating core Trump voters.”