NCGOP Gets On Board With Trump: Absentee Ballots in NC Are Now To Be Considered Fraudulent 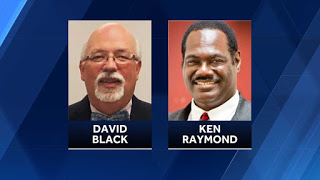 We know that David Black and Ken Raymond, the two Republicans on the state Board of Elections (SBOE), resigned from the board barely 24 hours after agreeing to changes to absentee-by-mail balloting to resolve complaints in two law suits. Black and Raymond, in their resignation letters, alleged that they were essentially duped into agreeing to the settlement. In response to those claims, the SBOE released the minutes of the closed session showing pretty conclusively that both Black and Raymond were active and willing participants in the discussions and agreed to all the changes.

If a judge approves the lawsuit settlement — which will be up for debate in court Oct. 2 — the new rules would make it easier for voters to fix problems with absentee ballots by signing an affidavit to confirm their identity, instead of having to start over from scratch with a new ballot.

The changes would also extend the number of days after the election that mail-in ballots could arrive and still be counted, and would tweak the rules surrounding the process for people to get a mail-in ballot but then drop it off in person, either at their county elections office or during early voting at a polling place. (Will Doran et al.)

We of course suspected that Black and Raymond had been forced to resign (because we may have fallen off the turnip truck, but we didn't land on our head), and Black's wife Deb totally spilled the beans on Facebook and removed all doubt: “... these resignations were not voluntary. They were told to resign. Sad times when republicans are firing intelligent and trustworthy republicans.”

The subtext for the forced resignations appears to be this: Black and Raymond, by participating in and agreeing to the legal settlement, were messing with the Trumpist message taking shape across the country: The November elections will be invalid/fradulent because of absentee voting. Senate Republican boss Phil Berger took up the cry with gusto, alleging that the changes to absentee-by-mail voting "is inviting folks to do things to game an election.” Do things. Classic Trumpist innuendo minus evidence.
Berger was just falling in line with the narrative launched by Trump two days earlier: "Get rid of the ballots!" Echoed one day  after that by the eternally flip-flopping Sen. Thom Tillis who vowed he had "grave concerns." Just two days earlier he had said he had so much faith in the absentee system that he challenged his Democratic challenger, Cal Cunningham, to vote by mail. 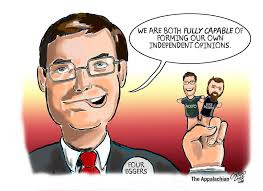 It's a unified front of Republican office-holders trying to invalidate the election ahead of time for reasons we perfectly understand, and David Black and Ken Raymond were inconvenient to the narrative.

Enter Stage Right ... Four Eggers
Raleigh reporter Tim Boyum reported this morning that Stacy C. Eggers IV, the "Four" of local voter suppression fame, is one of the names being pushed forward by the NCGOP as a replacement member on the SBOE.
Oh goody!
Posted by J.W. Williamson at 9/26/2020 09:26:00 AM
Email ThisBlogThis!Share to TwitterShare to FacebookShare to Pinterest
Labels: David Black, Ken Raymond, North Carolina Board of Elections, Stacy C. Eggers IV